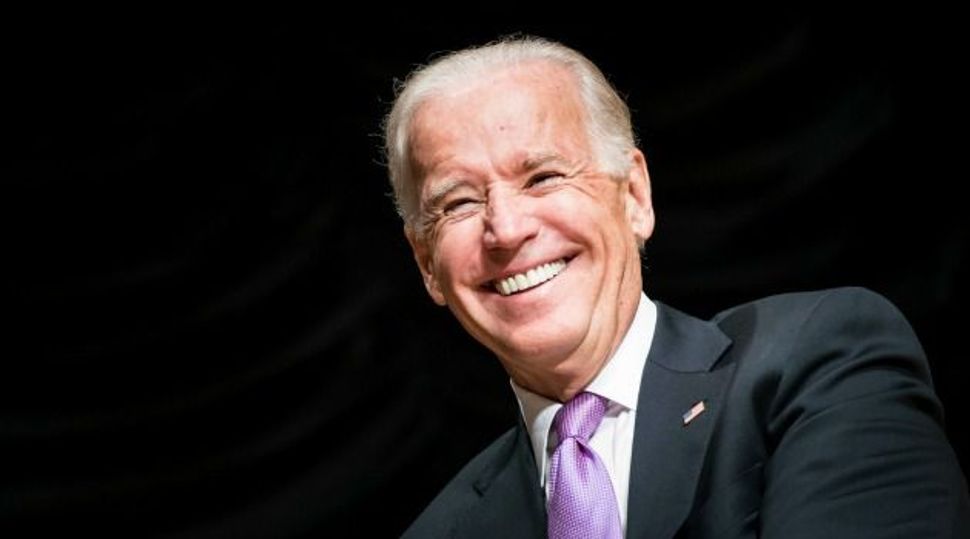 The sukkah, provided by American Friends of Lubavitch and decorated by children with special needs, drew dozens of guests to the residence at Washington’s Naval Observatory on Tuesday evening, including leaders of the Reform, Conservative and Orthodox streams, major pro-Israel and Jewish defense groups, top Jewish Democrats, donors to the Obama-Biden campaigns and the parents of the Jewish spouses of his children.

Biden joked with guests, claiming to have built the sukkah himself and saying he wanted to bring out his sleeping bag and stay in it overnight but the secret service would not allow it.

“The thought of our grandparents and great-grandparents celebrating Jewish holidays in the citadel of American power would be unfathomable and for us to be standing there with lulav and etrog in hand is a great testament to America’s acceptance of the Jewish people,” said William Daroff, the Washington director of the Jewish Federations of North America.