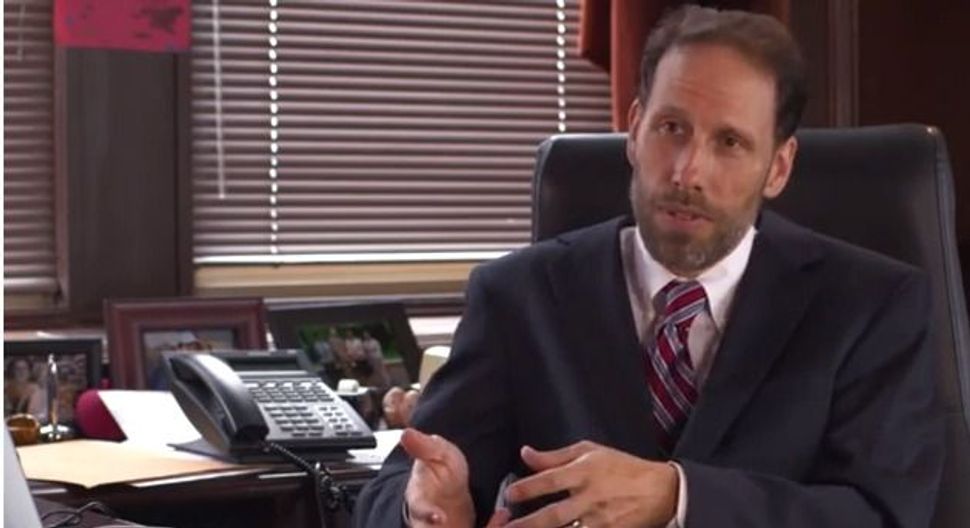 Genius Jews: Jeffrey Brenner (above),primary care physician in Camden, is among the 24 recipients of the MacArthur ?Genius? Awards Image by Youtube

Four Jews are among 24 of America’s most creative and original thinkers who will each get $625,000 “genius” grants this year.

Dr. Jeffrey Brenner, 44, Sheila Nirenberg, a New York City neuroscientist, Sara Seager, a Canadian-American astrophysics professor at the Massachusetts Institute of Technology and Carl Haber, a physicist at the Lawrence Berkeley National Laboratory are amont the 13 men and 11 women picked by the John D. and Catherine T. MacArthur Foundation for the annual award.

They may spend the money how they wish, according to the organization. The grant, up from $500,000 last year, will be paid out over the next five years.

Brenner founded the Camden Coalition of Healthcare Providers after his private practice in New Jersey that cared mostly for Medicaid patients flopped.

Brenner said he discovered that a very small number of patients consumed a large share of the overall costs of health care and social supports in Camden.

That knowledge inspired him to construct a searchable database and geographic mapping of discharge data from all patients at Camden’s hospitals with the goal of reducing repeated emergency room visits and hospitalizations, which cause health care costs to increase.

“We worked for a lot of years in relative obscurity with not a lot of resources so it’s really nice to see the work we care about get recognized,” Brenner said.

Since the program began in 1981, the foundation has provided grants to 873 fellows from a variety of fields. Scientists, scholars, artists and activists in the past have pursued their passions with a financial safety net from the foundation.

“Their stories should inspire each of us to consider our own potential to contribute our talents for the betterment of humankind,” the program’s Vice President Cecilia Conrad said in a statement.

Anonymous nominators and selection committees decide who gets a grant, and recipients usually do not know they are even being considered unless they win.

Other recipients include a choreographer, medieval historian playwright, a writer of fantasy books set in the swamps of Florida, an immigration lawyer and a photographer.