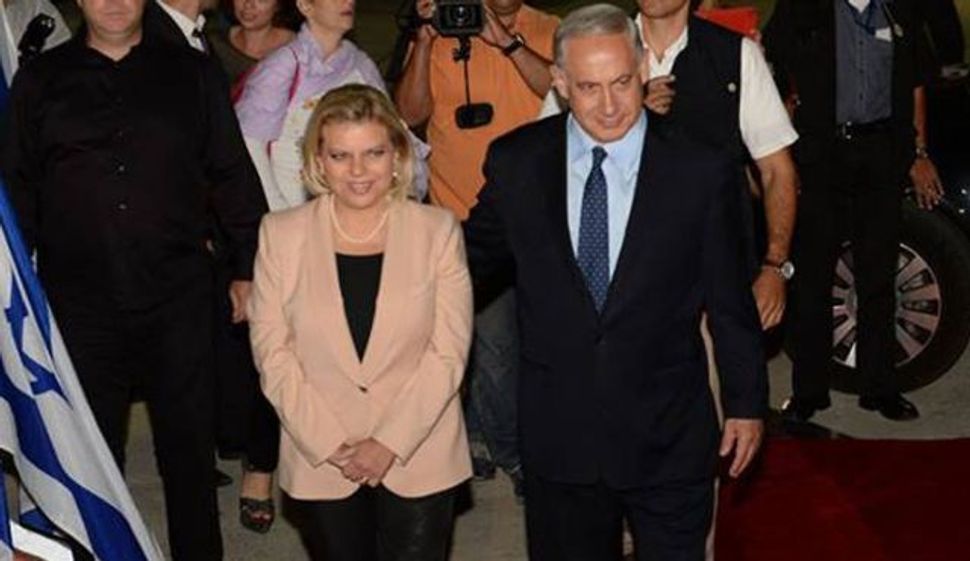 Israeli Prime Minister Benjamin Netanyahu promised to “tell the truth” during his visit to New York and Washington.

“I will represent the citizens of Israel, our national interests, our rights as a people, our determination to defend ourselves and our hope for peace,” Netanyahu said Saturday night as he boarded a flight for the United States.

Netanyahu is scheduled to meet with President Obama at the White House on Monday and to address the United Nations General Assembly in New York on Tuesday.

“I will tell the truth in the face of the sweet-talk and the onslaught of smiles,” Netanyahu said, referring to Iranian President Hassan Rohani, who addressed the General Assembly last week and on Friday night held a telephone call with President Obama.

Netanyahu earlier on Saturday ordered all government ministers and official spokespeople to refrain from making public statements about the 15-minute phone conversation.

But Avidgor Lieberman, chairman of the Knesset’s Foreign Affairs and Defense Committee and former Foreign Minister, in a post on his Facebook page, threw his support behind Netanyahu and said that: “Now, when the world’s attention is focused on the new Iranian president’s attempts to appear moderate and conciliatory, it is important to remember that the Iranians have long employed a pattern of deceit: with various tactics of promises, stalling and feeding the international community with false information time and time again, all the while pursuing their goal of obtaining a nuclear weapon, that is meant to threaten world peace.”

He added that it is “worth remembering that in the case of the Iraqi reactor in the early 1980s, Israel was the only one to warn, and in retrospect it became evident that we were right. And so it was in other cases, too.”

Netanyahu reportedly will allege during his General Assembly speech that Iran has enough enriched uranium to produce a nuclear weapon.