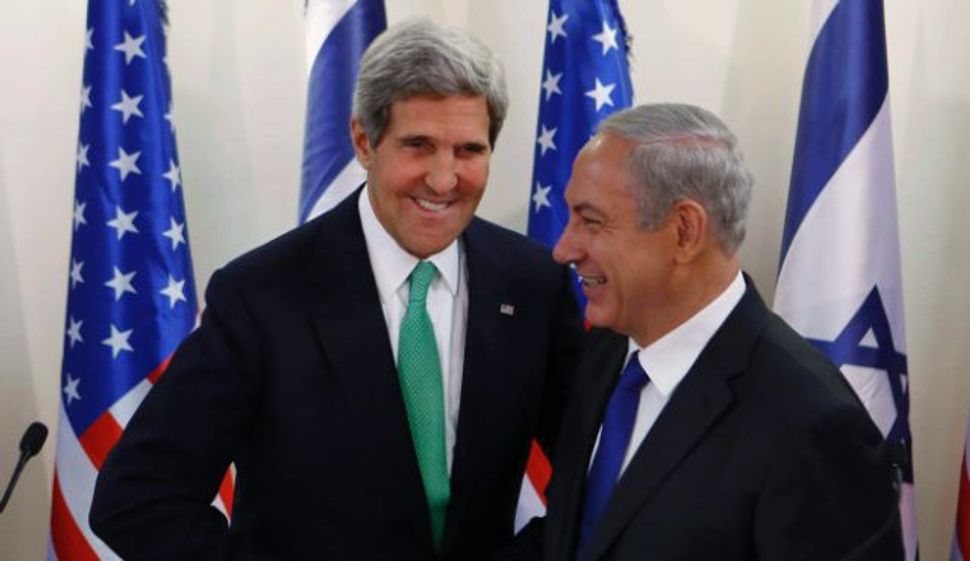 Prime Minister Benjamin Netanyahu, who is to meet today with U.S. President Barack Obama at the White House, is expected to ask at the meeting that international sanctions on Iran not be lifted.

A senior Israeli official, who is familiar with the details of preparations for the meeting, said that while previous meetings between Netanyahu and Obama discussed a military option against Iran’s nuclear facilities, this time, with the diplomatic track gaining momentum, the conversation will focus on keeping up the pressure on the Iranian regime.

Netanyahu believes that the Western powers should leave in place the international sanctions, especially the European Union’s oil embargo and the sanctions on Iranian banks, which have devastated the Iranian economy. Netanyahu is expected to tell Obama that until Iran meets all the conditions – a halt to uranium enrichment, removal of all the enriched material from the country, closure of the reactor at Fordo and stoppage of work at the heavy water reactor in Arak – the sanctions should not be lifted and should even be intensified.

Before departing Israel, Netanyahu said he would present the truth to the United Nations amid a torrent of sweet-talking.

“I will present our rights as a nation, our determination to defend ourselves and our hopes for peace. I will speak the truth. Facts must be stated in the face of the sweet talk and the blitz of smiles,”he said.