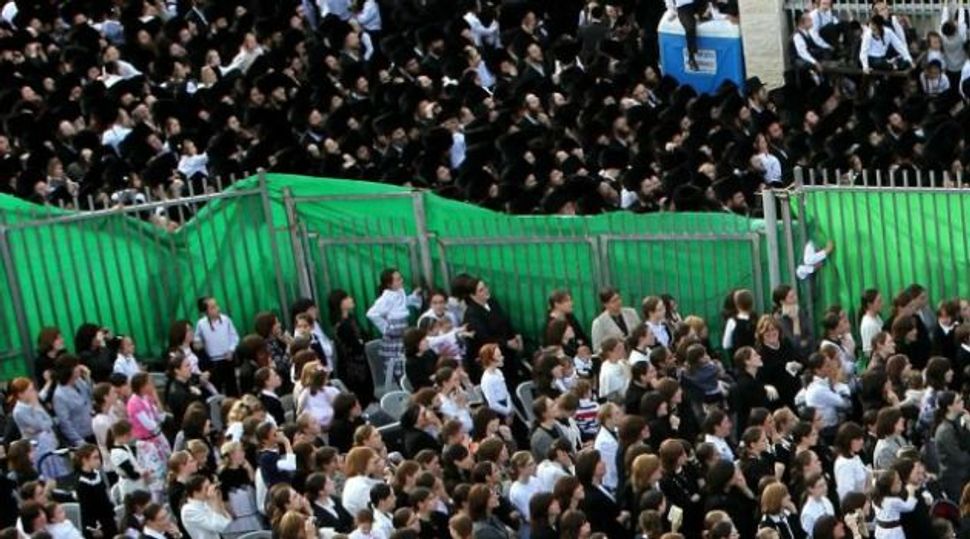 Gur Hasidic sect followers were told the day before Simhat Torah that adults would no longer be allowed to dance with children on their shoulders, including their own children, to avoid awakening “the evil inclination.”

Jews traditionally dance with Torah scrolls on Simhat Torah, and it is common practice for children to sit on their fathers’ shoulders during the dancing.

It was not immediately clear whether the instruction was a sign of increased conservatism, a recognition of the prospect of sexual abuse or, as Gur rabbis told ultra-Orthodox blogger Haim Shaulson, a safety issue.

The rabbis said the new instruction – which Shaulson said was described as the will of the Gur rebbe, Rabbi Yaakov Aryeh Alter – was issued due to the fear that children might fall and get injured during the sometimes raucous dancing.

But an unofficial source said the announcement signified a growing recognition that sexual abuse can happen in ultra-Orthodox communities.

Even if the ban on dancing with children on the shoulders “sounds terrible from the outside,” the source said, “from within it is a sharp message to those who sexually abuse children, even if they are only a handful.”