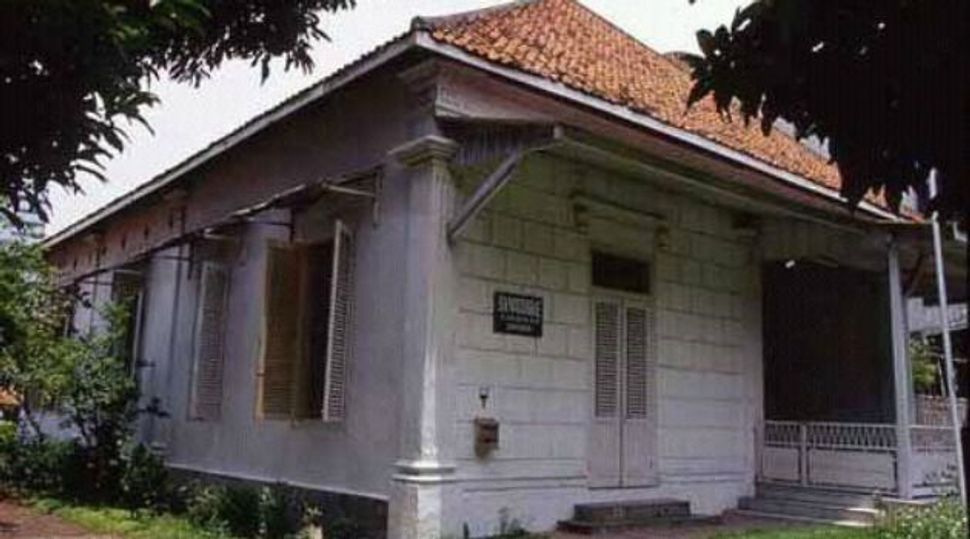 Unidentified persons demolished the Beith Shalom synagogue in Surabaya on the island of Java to its foundations sometime earlier this year, according to a report on Indoweb.nl.

The synagogue has seen a number of anti-Israel protests staged in front of it and was sealed by Islamic hardliners sealed in 2009, according to the Jakarta Globe.

Reports of the synagogue’s destruction have appeared in the Indonesian media since May and were confirmed last week by Indoweb.nl, which quoted the director of the Surabaya Heritage Society as saying that he intended to protest the demolition in talks with government officials.

“It is not clear by whom and when exactly the building was demolished,” Freddy Instanto told Indoweb.nl.

The City Council of Surabaya was in the process of registering the building as a heritage site. Istanto said that for that reason, the building “should have been protected.”

The Dutch news site also quoted Sachiroel Alim, the head of the Surabaya regional legislative council, as saying that it was unknown whether Muslim extremists had anything to do with the demolition.

Situated in in eastern Java, the small synagogue was built in the 19th century by Dutch Jews when Indonesia was still a Dutch colony. It had white-painted bricks and a Star of David painted on the front door.

The first Jews arrived in Indonesia in the 17th century with the Dutch East India Company. During the 1930s and 1940s, the community grew due to new arrivals fleeing persecution in Europe.

Currently, about 20 Jews are estimated to be living in Indonesia, a predominantly Muslim nation, according to Beit Hatfutsot, the Museum of the Jewish People in Tel Aviv.