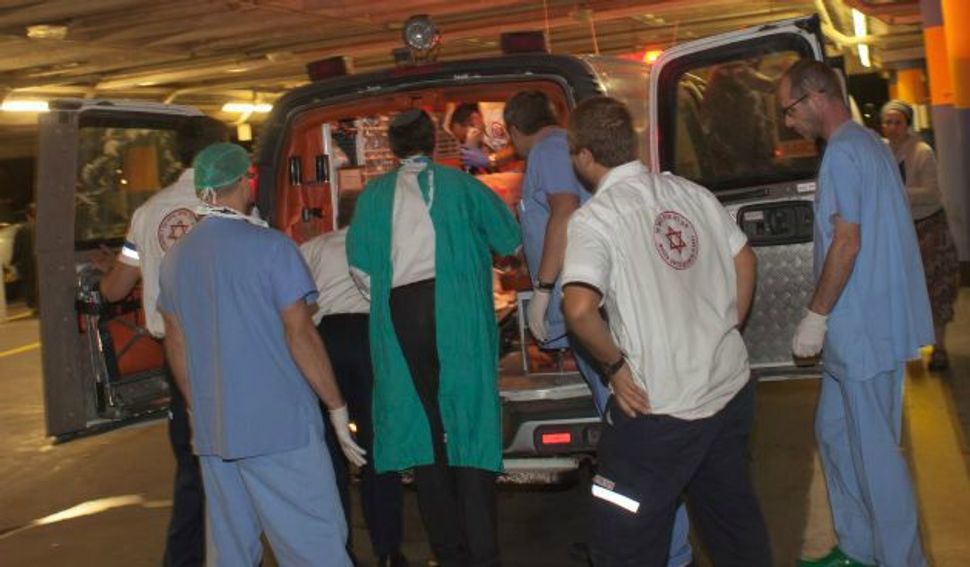 A nine-year-old Israeli girl was shot and seriously wounded in a Jewish settlement in the occupied West Bank on Saturday in what police said was a suspected Palestinian militant attack.

“Our suspicion is that this is a terrorist attack,” police spokesman Micky Rosenfeld said.

Rosenfeld said the girl was shot in the chest while she was outside in the garden and that security forces were searching in and around the Psagot settlement, where the shooting occurred, near the Palestinian city of Ramallah.

Other reportes said she told ambulance workers that she saw somebody fire at her.

Her condition was initially listed as serious but later upgraded.

Ya’akov Berg, a Psagot resident, told Haaretz: “I was not at home when the incident happened and I rushed home to protect my family. For many years our security situation was terrible and this [incident] doesn’t get us worked up. No coward who shoots at a nine-year-old girl in the middle of the night is going to discourage us.”

Violence in the West Bank has risen in the past few weeks.

Last month two Israeli soldiers were killed in the West Bank in two separate incidents. Authorities said one was killed by a Palestinian who had lured him to his hometown and a second was shot in the city of Hebron by a suspected Palestinian sniper.

Four Palestinians have been killed in the West Bank since July, when Israel and the Palestinians restarted peace talks after a three-year stalemate.

The U.S.-brokered negotiations had collapsed in 2010 over Israeli settlement expansion in the West Bank and East Jerusalem, territories that Israel captured in a 1967 war and which the Palestinians want, along with the Gaza Strip, for an independent state.