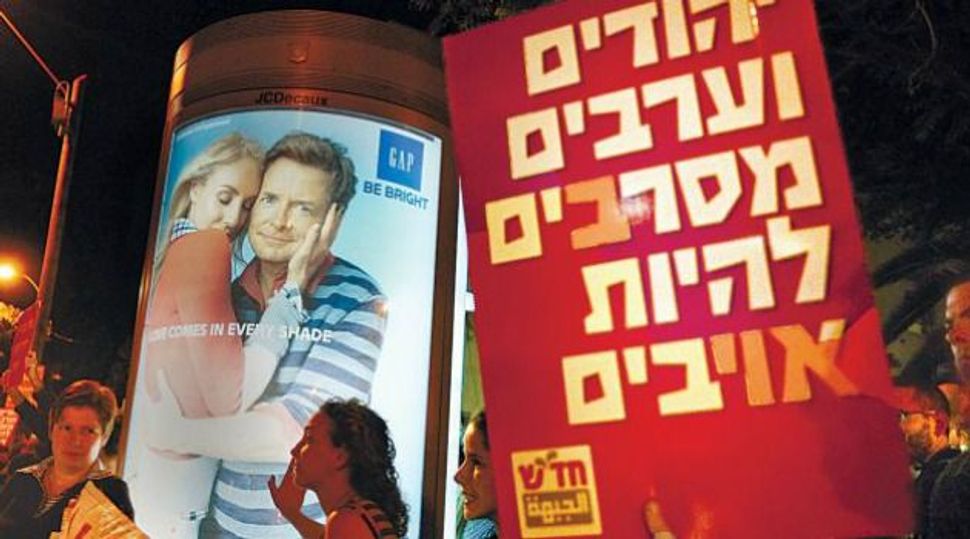 Softening View: Two-thirds of Israelis polled say a Jewish majority within the boundaries of Israel is more important than keeping control of the occupied West Bank. Image by haaretz

These were among the findings of the 2013 Israeli Democracy Index, published Sunday by the Guttman Center for Surveys at the Israel Democracy Institute. The index, released annually since 2003, measures trends in public opinion.

The findings also indicate what might be considered a softening in attitudes of Jewish Israelis toward the country’s Arab citizens. About 44 percent of Jewish respondents said this year that they favored government policies that encourage Arab emigration, down from 51 percent in 2010 and 54 percent in 2009 – the last two times this question was asked in the survey.

Similarly, the survey shows that Arabs no longer top the list of neighbors Israeli Jews would consider undesirable, replaced now by foreign workers. Almost 57 percent of Jewish respondents said that having foreign workers as neighbors would bother them. Next in line among those considered undesirable neighbors for Israeli Jews were an Arab family (48 percent), a homosexual couple (30.5 percent), ultra-Orthodox Jews (21 percent)