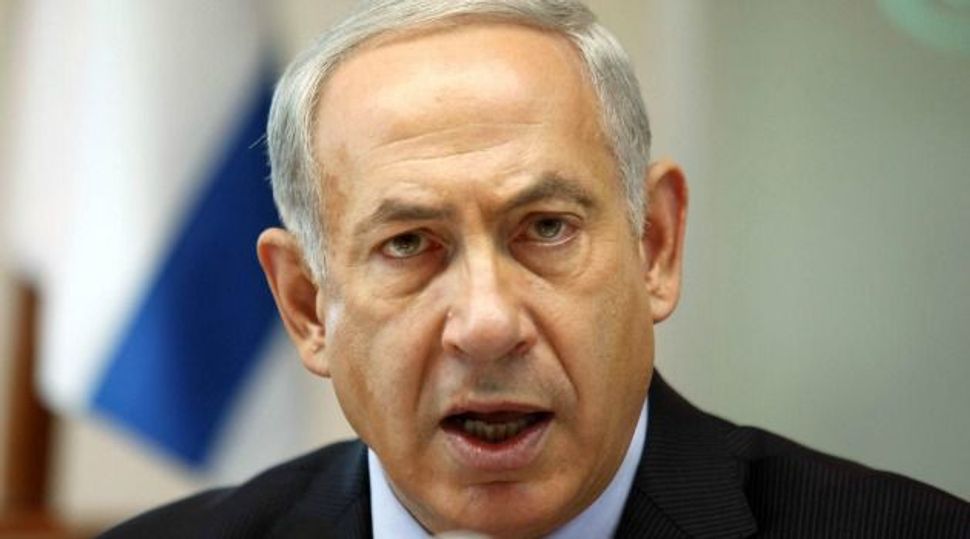 Israeli Prime Minister Benjamin Netanyahu in a major address asserted that the primary obstacle to Middle East peace is the Palestinian refusal to recognize Israel as a Jewish state.

Netanyahu made his remarks Sunday at Bar-Ilan University — his first address there since a 2009 speech in which he famously declared his support for a two-state solution to the Israeli-Palestinian conflict.

Now, as Israeli-Palestinian negotiations have resumed for the first time in three years, Netanyahu declared that Palestinian leadership, not Israel, deserved primary blame for the conflict.

He began his speech discussing nearly 4,000 years of Jewish history in the land of Israel and later said that Palestinian refugees should not be allowed a right of return to Israel.

“The basis of the conflict has been the same for 90 years — refusal to recognize the right of the Jews to a state in Israel,” Netanyahu said. “For the process we’re in to have a real chance of success, we need to hear finally from the leadership of the Palestinians that they recognize the Jewish state, which is Israel.”

Netanyahu did not elaborate on a future Palestinian-Israeli border or the future status of Jerusalem, instead focusing on a retelling of the conflict’s history. He listed a string of Palestinian attacks on Jews that occurred before Israel’s occupation of the West Bank began in 1967. The prime minister also spoke at length about former Palestinian mufti Haj Amin al-Husseini’s ties to Adolf Hitler.

The speech came five days after Netanyahu addressed the United Nations General Assembly, a speech in which he spent most of his time emphasizing the dangers of Iran’s alleged nuclear weapons program.

Netanyahu struck a similar chord in Sunday’s speech, saying that sanctions on Iran should be lifted only if Iran ceases enriching uranium and plutonium, and stops its centrifuges.

He also said the United States and Israel see “eye to eye” on the need to prevent Iran from getting a nuclear weapon.

“Ask a simple question to Iran’s rulers,” Netanyahu said. “If you only want nuclear power for peaceful purposes, why are you enriching uranium and plutonium? You don’t need these at all for peaceful nuclear energy, but these are the essential ingredients for nuclear weapons.

“The international community’s position needs to be that we are ready to come to a diplomatic solution, but only one that gets rid of Iran’s ability to develop nuclear weapons.”