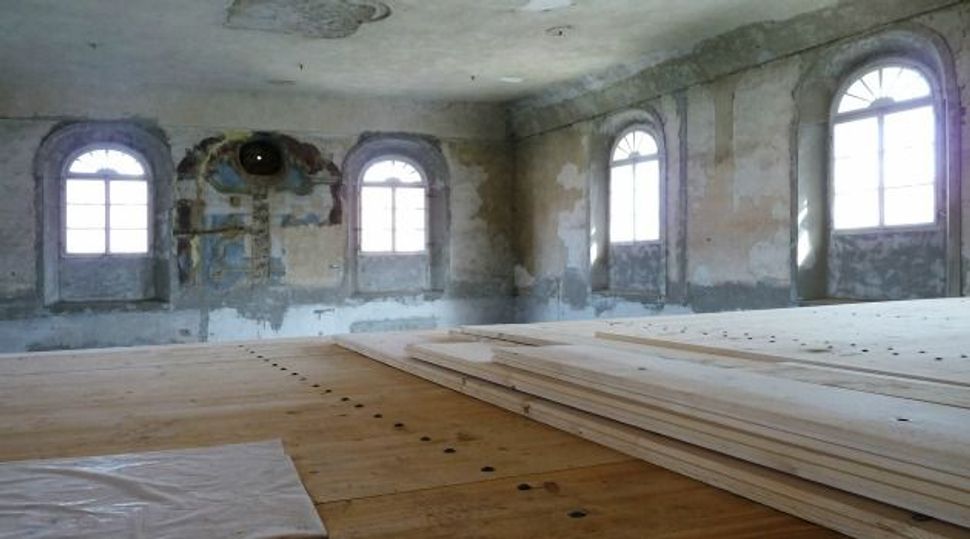 The synagogue in the Czech Republic village of Ckyne was rededicated, culminating a restoration project that took more than two decades.

More than 100 people attended the ceremony in the southern village on Saturday, which included a religious service led by the cantor of the synagogue in the nearby Czech city of Liberec.

A Torah scroll found in the synagogue’s attic during the restoration was used in the service.

“It was really very exciting because obviously the Torah had not been used in about 100 years, since the community disbanded and sold the building [long before the Nazi era],” E. Randol Schoenberg, the acting executive director of the Los Angeles Museum of the Holocaust, wrote in a blog post.

Schoenberg was among a number of people whose ancestors came from Ckyne who attended the ceremony. The synagogue will serve as a cultural center for the village.

A company was established in 1990 to advocate for the synagogue’s restoration. The restoration became a collaborative effort among the Prague Jewish community, local authorities, nongovernmental organizations and private building firms.

Built in 1828, the synagogue is one of the few surviving village synagogues in the Czech Republic. It was used for regular services until 1895.

Private owners purchased the building in the early 1920s after the local Jews had moved to bigger towns. It was used as a workshop and then turned into a warehouse and dwelling; later it was abandoned.