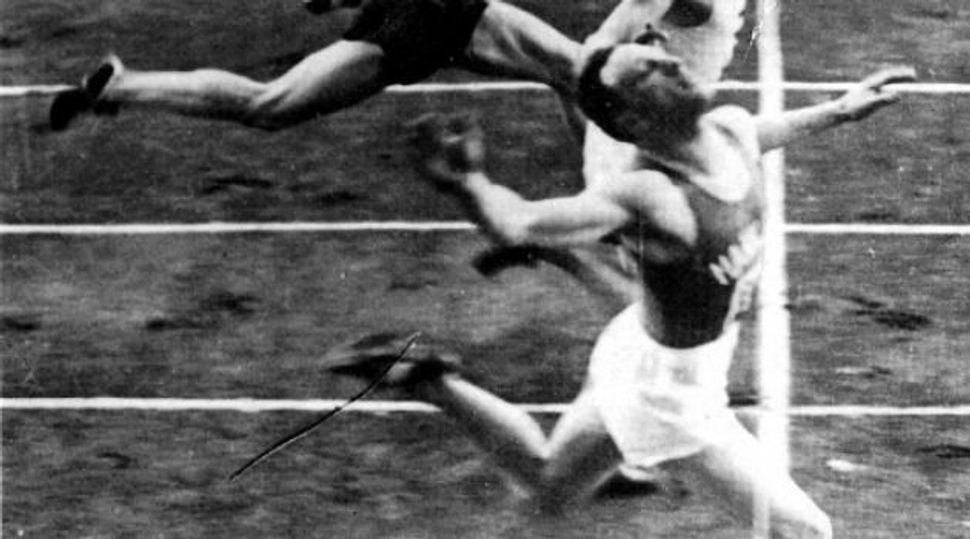 The Finnish Sports Federation awarded first place to a Jewish runner who was denied victory at a national competition 75 years ago.

Less than a month after apologizing for stripping Abraham Tokazier of his victory in a 100-meter race at Helsinki’s Olympic Stadium in 1938, the federation announced over the weekend that it would place him in first place.

A photo from a local newspaper at the time shows Tokazier crossing the finish line in first, though he was placed in fourth and a Finnish runner, Aare Savolainen, was named the winner. The photo was reprinted recently in the Finnish Press.

Makkabi, the main Jewish sporting club in Finland, has long requested that the federation publicly acknowledge the demotion.

In a statement on Sept. 18, the federation apologized for the “distortion of the results” but indicated that it could not change the final results due to international rules.

“Justice has won. We are relieved and happy,” Hillel Tokazier, the runner’s nephew, told the HBL.Fi news website. “This is a historic day for Makkabi and the entire Jewish minority in the country.”

Tokazier said his uncle lost his will to compete after the event. Abraham Tokazier died in 1976.

Finland was scheduled to host the Olympics in 1940, but the Games were canceled due to World War II.