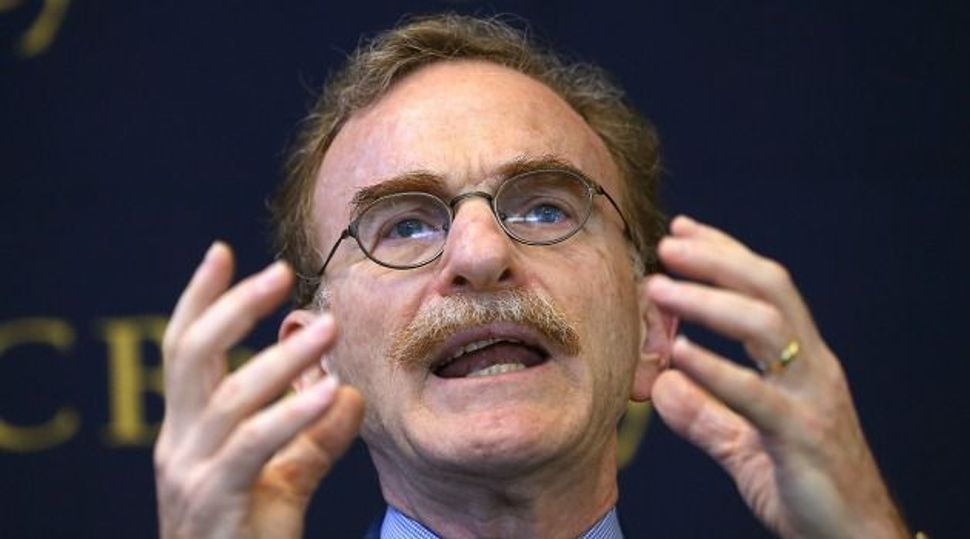 The kind of basic science that helped Randy Schekman win the coveted Nobel medicine prize might never have been funded if he had applied today.

Schekman, along with two other U.S.-based winners of the 2013 medicine prize, Thomas Suedhof and James Rothman, slammed recent spending cuts at the National Institutes of Health, the biggest funder of scientific research in the world. The budget curbs were undermining the chances of breakthroughs and the next generation of basic research, they said.

The three scientists, who won the Nobel for research on how cells swap proteins, have all received NIH funding at some time during their careers.

Across-the-board federal budget cuts, known as sequestration, which started in March, required the NIH to cut 5 percent or $1.55 billion of its 2013 budget. The cuts come on top of years of reductions in federal spending on research at the NIH.

The cuts automatically went into effect after the White House and Republican-controlled House of Representatives failed to agree to a deficit reduction blueprint.

The “federal paralysis is frankly imperiling our biomedical enterprise”, said Schekman of the University of California, Berkeley.

More than 80 percent of the NIH’s budget goes to more than 300,000 research personnel at more than 2,500 universities and research institutions throughout the United States, according to the agency’s website.

Schekman’s contribution towards the Nobel started with lowly baker’s yeast which he used as a simplified model to pick apart the basic genes and molecular pathways cells use to share proteins with other cells.

It is a process that is fundamental not only to yeast but also the human brain, and it could only have been discovered through basic research, the type that illuminates the basic mechanics of nature and forms the foundation for future discoveries.

At a press conference in New Haven, Connecticut, Nobel winner Rothman also criticized NIH spending cuts and said he probably would not have started his research had NIH funding not been available.

He said over the past few years, NIH funding, which “has made America the great engine of biomedical discovery” and fueled the U.S. biotechnology and pharmaceutical industries, had fallen significantly, when accounting for inflation.

University research made possible by federal grants has long been a major driver of scientific advancement, spurring innovations from cancer treatments to the seeds of technology companies like Google.

The three scientists also expressed concern at the agency’s focus on research that can be quickly transferred into medical discoveries rather than “basic science”.

In 2011 the NIH set up the National Center for Advancing Translational Sciences as a way to speed the translation of medical advances into new therapies for patients.

“Many of my colleagues, particularly young colleagues, feel they have to work on medically relevant things. For example, yeast, which I continue to view as a valuable model organism, is less popular now simply because people feel they can’t get NIH funding to work on yeast,” said Schekman.

It was not immediately possible to seek reaction from the NIH to the scientists’ comments. It is one of the agencies hard hit by a partial U.S. government shutdown over a budget disagreement.

Scarce funds have forced a focus on “translational science” – research that can be quickly “translated” into medical applications.

Suedhof said the public in the United States “justifiably feels so much money has been spent that it’s time to actually get something out of it.”

But, particularly in brain science, there is still much to learn as has been the experience of many drug companies that have attempted to test treatments for diseases such as Alzheimer’s.

“In my view, we don’t have anything to ‘translate’ because we just don’t understand the fundamental diseases of the brain, like schizophrenia, like autism, like Alzheimer’s. It’s just as simple as that.”