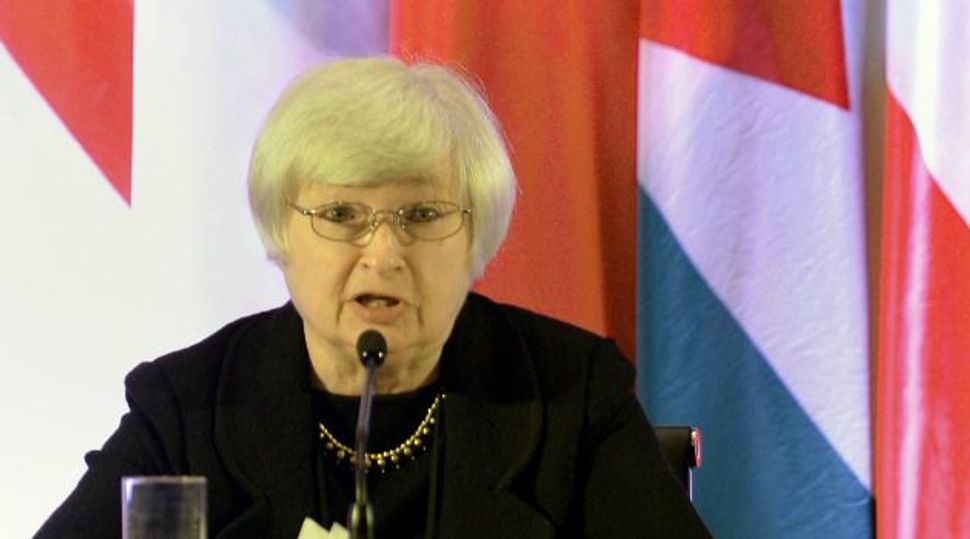 President Barack Obama will nominate Federal Reserve Vice Chairwoman Janet Yellen to be the next head of the U.S. central bank on Wednesday, a White House official said on Tuesday.

If confirmed by the U.S. Senate, Yellen would replace Ben Bernanke, whose current term as head of the Fed ends in January. Obama is due to make the announcement at the White House at 3 p.m. (1900 GMT). Bernanke is also scheduled to attend.

Yellen would be the first woman to lead the institution in its 100-year history.

Yellen has been a forceful advocate of aggressive action to drive down unemployment and would provide continuity with the policies the Fed has established under Chairman Ben Bernanke.

The former professor has a long history in the top ranks of economic policymaking, including her service over the past three years as the Fed’s No. 2 official. If confirmed, she would succeed Bernanke when his second four-year term expires on Jan. 31.

Yellen, 67, would have to oversee the tricky process of reversing the extraordinary stimulus the U.S. central bank put in place to shore up the world’s largest economy, which eclipses Japan and China put together.

If she wins the Senate’s backing, as expected, she would join the Fed’s honor roll along with such household names as Paul Volcker and Alan Greenspan, predecessors as head of an institution that can influence the course of the world economy.

The chairman of the U.S. Senate Banking Committee said on Tuesday he would work to move the nomination of Janet Yellen to head the Federal Reserve “in a timely manner.”

“She has a depth of experience that is second to none, and I have no doubt she will be an excellent Federal Reserve chairman,” Johnson, a Democrat, said in a statement after a White House official said President Barack Obama planned to nominate Yellen to succeed Ben Bernanke as the head of the U.S. central bank.

“I will work with ranking member (Republican Senator Mike) Crapo and the rest of the members of the Banking Committee to move her nomination forward in a timely manner,” he said.

Obama turned to Yellen after his former economic adviser Lawrence Summers withdrew from consideration amid fierce opposition from within Obama’s own Democratic Party, which raised questions about his chances of being confirmed in Congress.

In contrast, Yellen has enjoyed strong support from Democrats. In an unusual move, 20 Senate Democrats signed a letter pressing Obama to turn to the former professor from the University of California at Berkeley.

Her backing on the Republican side of the aisle is much softer. Many Republicans worry the Fed’s policy of holding overnight interest rates at zero and the massive bond purchases it has pursued to drive other borrowing costs lower threaten to create asset bubbles and spark an unwanted pickup in inflation.

Still, Yellen is expected to garner enough support to secure the 60 votes needed to overcome any procedural hurdles in the 100-seat Senate. Democrats control the chamber 54-46.

A respected economist whose research has taken her deep into theories of monetary policy, Yellen has earned a reputation as one of the Fed officials most worried about unemployment and least worried about inflation.