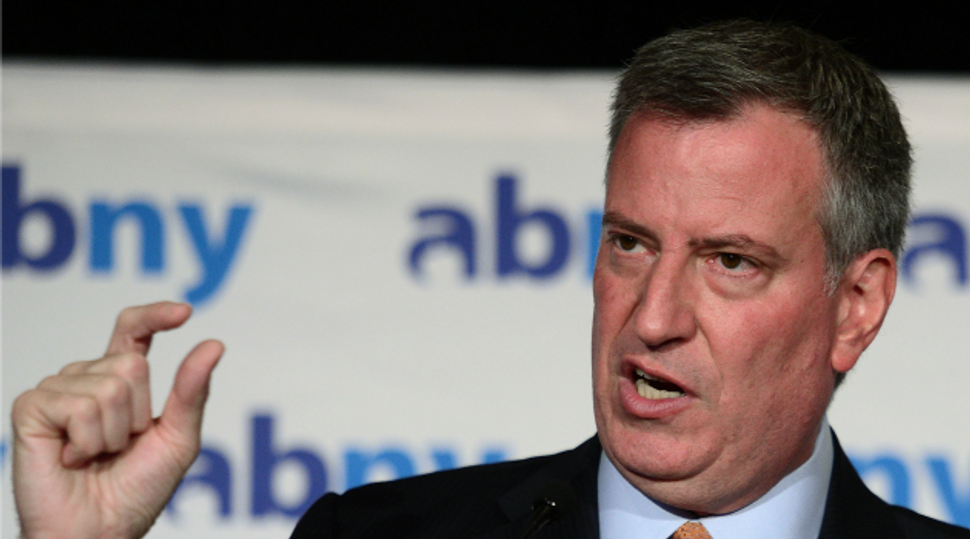 New York mayoral candidate Bill de Blasio was dragged into a tabloid fight over the legacy of Rabbi Ovadia Yosef after the liberal Democrat expressed his sympathies for the death of the Israeli Sephardic leader.

The New York Post slammed de Blasio for the boilerplate condolence message, noting it ignored Yosef’s history of attacks on blacks, Arabs and others.

De Blasio released a statement via Twitter on Monday:

Millions of people around the world lost a leader today in Rabbi Chacham Ovadia Yosef. His wisdom, charity and sensitivity were legendary.

De Blasio received a handful of replies on Twitter accusing Yosef of being racist, homophobic and anti-Arab.

De Blasio’s spokesman, Wiley Norvell, later defended the message in a statement to the Jewish Week

“Bill, like the U.S. Ambassador to Israel, was offering his condolences, not an endorsement of his views” Norvell said.

Many publications have noted Yosef’s history of controversial and inflammatory rhetoric, including the Forward. At one point even Yosef drew a condemnation from the Anti-Defamation League. ADL executive director Abraham H. Foxman and Republican mayoral candidate Joe Lhota both released statements that carefully acknowledged this discrepancy in Yosef’s legacy.