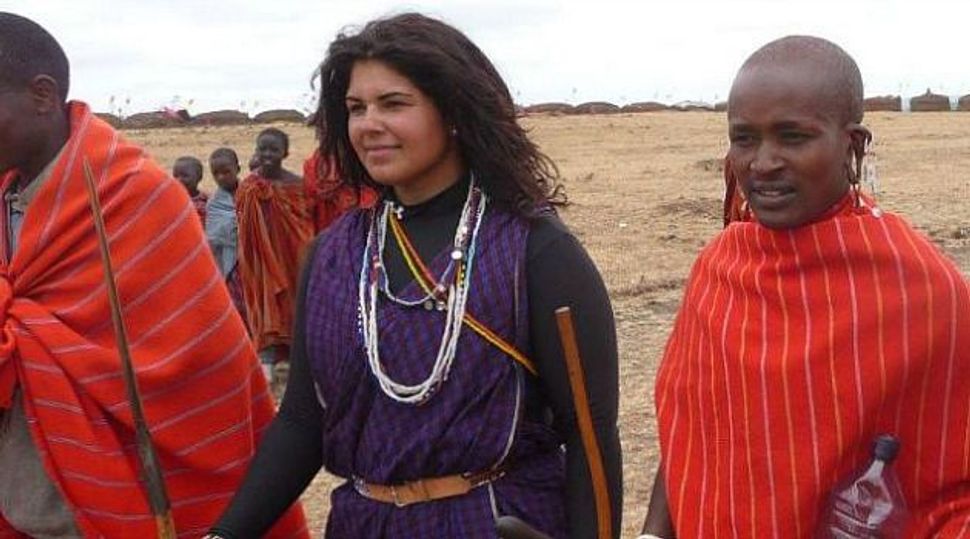 African Queen? Jewish American Mindy Budgor wanted to become the first American Masai warrior. She wasn?t quite ready for the push back.

Mindy Budgor spent three months in training with Kenya’s Maasai tribe, fleeing rampaging elephants, drinking fresh, warm goat blood, and learning how to live at the mercy of the elements. All this was supposed to toughen her up so she could trek for days, evade wild animals and survive on only what she killed herself. But it didn’t quite prepare her for the brutality of the response to her book about becoming “the first white, female, Jewish, American, Maasai warrior.”

Warrior Princess – a pun, she says, on her self-avowed JAP status – relates how, as an aimless 27-year-old from Santa Barbara, California, she travels to Kenya on a two-week volunteering trip, where she encounters Maasai warriors for the first time.

Inspired by their fearless confidence and sense of identity, as well as turned on by their “perfectly chiselled” physiques, Budgor, now 32, is personally offended when Winston, a tribal chief, tells her, “Women aren’t strong enough or brave enough to do the work we do.”

That, to Budgor, is the equivalent of a direct challenge – part of the same trajectory of formative traumas that saw her deemed too fat to be a figure skater and the wrong gender to be an ice-hockey player.

She becomes determined to prove him wrong and return to Kenya to become a warrior herself.