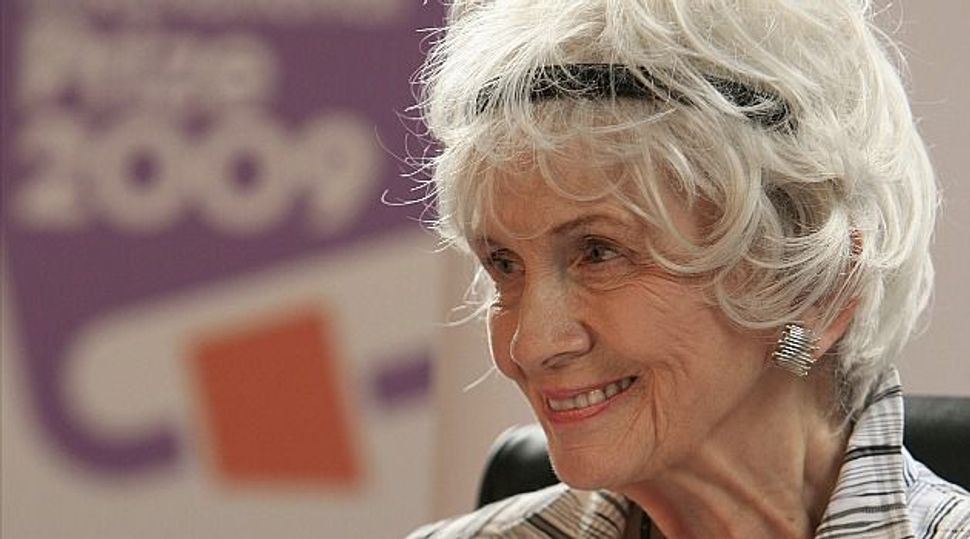 Canadian Alice Munro won the Nobel Prize in Literature on Thursday for her tales of the struggles, loves and tragedies of women in small-town Canada that made her what the award-giving committee called the “master of the contemporary short story”.

“Some critics consider her a Canadian Chekhov,” the Swedish Academy said, comparing her to the 19th-century Russian short story writer in a statement on its website.

Munro, 82, started writing stories in her teens. She is mainly known for her short stories and has published many collections over the years. Her works include “The View from Castle Rock” in 2006 and “Too Much Happiness” three years later.

“Her texts often feature depictions of everyday but decisive events, epiphanies of a kind, that illuminate the surrounding story and let existential questions appear in a flash of lightning,” the Academy said.

Munro, who was awarded the prize of 8 million crowns ($1.25 million by the committee, lives in Clinton, not far from her childhood home in southwestern Ontario, Canada.

In 2009, she revealed that she had undergone coronary bypass surgery and been treated for cancer. She is known to be averse to publicity and rarely gives interviews.

The literature prize is the fourth of this year’s crop of prizes, which were established in the will of Swedish dynamite inventor Alfred Nobel and awarded for the first time in 1901.

The short story, a style more popular in the early 20th century, has long taken a back seat to novels. Short stories tend to be set in a more concentrated time frame with a limited number of characters.

Munro herself spoke of the phenomenon in an interview with the New York Times in July. Her short stories have often been called ‘novels in miniature’; a notion she rejects.

“While working on my first five books, I kept wishing I was writing a novel,” she said.

“I thought until you wrote a novel, you weren’t taken seriously as a writer. It used to trouble me a lot, but nothing troubles me now, and besides there has been a change. I think short stories are taken more seriously now than they were.”