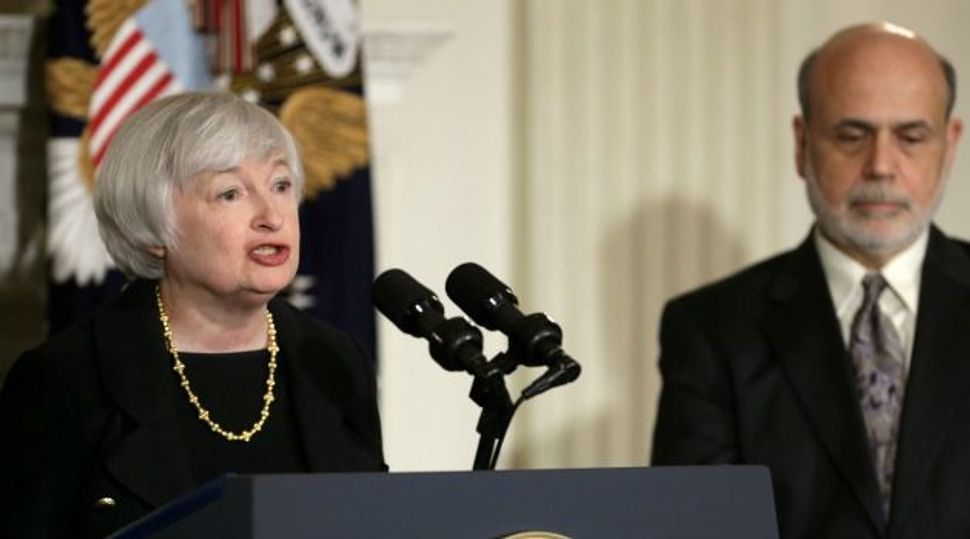 To some who knew Janet Yellen decades ago, her nomination to lead the Federal Reserve was no surprise, and had them feeling reassured the country’s monetary system would be in capable hands.

“We referred to her as a stealth intellect,” said Charles Saydah, a retired journalist who went to junior high and Fort Hamilton High School in New York’s Brooklyn borough with Yellen. “She only called attention to herself when we compared marks – she always got the highest marks.”

Yellen, if approved by the Senate, would be the first woman to lead the institution, and the first to head a central bank in any Group of Seven industrialized nation.

Though many of New York’s most prestigious schools were still not open to girls in the 1950s and 1960s, no one questioned Yellen’s academic future. “Janet could’ve run with any of those kids who went to Stuyvesant (High School),” Saydah said. “She was as smart as they were.”

As a teen, Yellen seemingly excelled at so many subjects that her friends were uncertain where she would make her mark. “She was a self-described nerd, nose to the grindstone,” said Saydah.

In her high-school newspaper, Yellen, who was both the class valedictorian and editor-in-chief in 1963, wrote an interview with herself, according to a copy of the paper located by The New York Times. She described her family’s trips to Haiti, South America, Scandinavia, Germany, Ireland, Scotland, Holland and Belgium, her love of off-Broadway plays, minerals, and a course she took in contract bridge.

Regarding her future plans at Pembroke College, then the women’s sister college to Brown University, she wrote that she had decided to major in math or anthropology or economics.

Susan Stover Grosart, one of Yellen’s best friends since seventh grade, said the two of them preferred classical music and they would take advantage of free admission for students to concerts at New York’s Lincoln Center.

Before long, Yellen narrowed her many interests to economics, Grosart said.

“After she took her first economics course, economics was her favorite topic, and that’s what we talk about on the phone,” Grosart said. “Everyone’s trying to figure out what makes Janet tick. As far as I’m concerned, what makes her tick is that she’s a caring and thoughtful person who loves this country.”

As a boy, Rich Rubin, a retired professor of medicine who spent nine grades with Yellen and now lives in Portland, Oregon, said he frequently visited the Yellen home, where Yellen’s mother, Anna, held meetings as den mother to a troop of Cub Scouts.

Occasionally Janet Yellen lingered around the fringes of the all-boys group as they discussed literature.

“It was an urban environment, so instead of going out in the woods, we read,” Rubin said. “I remember her mom talking about books with us. It was clear the family was a very cultured family.”

Saydah said Yellen’s mother once tried to play matchmaker for her bookish daughter when she was nine or 10 years old with a boy who lived a block away and was also one of her Cub Scouts.

“In Janet’s mother’s eyes, he was a suitable mate for her daughter because, when he fulfilled a reading assignment, instead of reading a comic book like all the other boys, he came in and talked about reading ‘Treasure Island,’” Saydah said.

But the childhood romance fizzled. It turned out the boy failed to meet Anna Yellen’s standards.

She would go on to marry and collaborate professionally with George Akerlof, himself an accomplished economist who shared a Nobel Prize in 2001.