Israel Unhappy With Freeze on U.S. Military Aid to Egypt 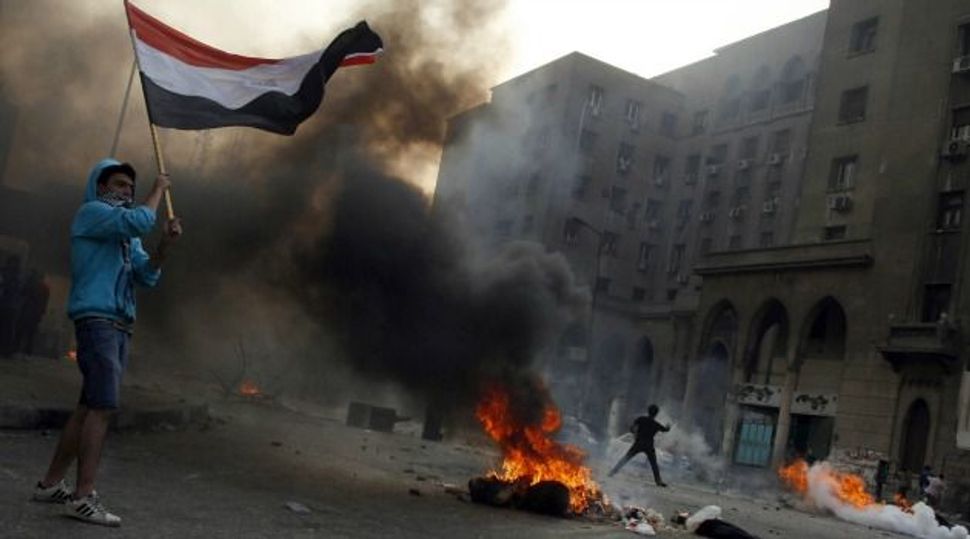 Israel struggled to hide its frustration on Thursday at a U.S. decision to withhold aid to Cairo, fearing the move could damage Washington’s standing in the region and undermine its own peace treaty with Egypt.

Senior Israeli officials have criticised U.S. handling of Egypt since the downfall of President Hosni Mubarak in 2011 and had urged it to support the new army-backed government following the ousting of Islamist leader Mohamed Mursi in July.

Concerned by the outlook for human rights and democracy in Egypt, the United States announced on Wednesday it would withhold deliveries of tanks, fighter aircraft, helicopters and missiles as well as $260 million in cash aid.

The Israeli government declined direct comment on the move, but said it hoped there would be no knock-on effects.

“Certainly it can be confirmed that we had been troubled by how decisions of this kind were liable to be interpreted in Egypt, and of course the risk of consequences for relations with Israel,” Civil Defence Minister Gilad Erdan told Israel Radio.

U.S. military aid to Egypt, put at some $1.3 billion a year, was born out of the historic 1979 peace treaty between the Arab world’s most populous state and Israel.

“We are concerned that if the aid goes, then the Egyptian people will put pressure on its government to throw away the treaty,” said one senior Israeli official, who declined to be named because of the sensitivities of the issue.

“It is not an immediate worry. The Egyptian government knows we are supportive, but it would have been best to avoid this.”

The U.S. State Department made clear it was not cutting off all aid and would continue military support for counterterrorism and security in the Sinai Peninsula, which borders Israel.

Although there was no suggestion that the frozen aid would affect Egypt’s ability to govern, Israelis worried that the U.S. move would send the wrong signal to Middle East allies who expect strong leadership from Washington in troubled times.

“What is surprising in this entire process is that the Americans are essentially, unwittingly working against their own interest,” said former Israeli Defence Minister Binyamin Ben-Eliezer, who was close to Mubarak.

“It must be understood that this region is so weak and in order to keep it stable, a superpower of some kind is required to safeguard it,” he said, adding that he would not be surprised if U.S. allies like Saudi Arabia started looking towards Russia.

A senior serving Israeli official, who declined to be named, said it was possible that Egypt might also turn to Russia. “I would say this is a realistic concern … For decades Egypt has been a U.S.-aligned country, and the Russians would be happy to come in and replace the United States there again,” he said.

Israel views Washington as by far its most important ally, and is clearly concerned that recent U.S. policy making, including perceived indecision over how to tackle the Syrian civil war, was denting its regional reputation.

Some 63 percent of Israelis said Washington was projecting weakness over Syria, according to a poll by the Israel Democracy Institute and Tel Aviv University released on Thursday.

Israel’s Defence Minister Moshe Yaalon and one of his senior strategists, Amos Gilad, were in the United States when the decision to freeze some Egyptian aid was announced.

Like other officials, Gilad hinted at Israel’s disappointment. “I try not to criticize our friends publicly,” he told an audience at the Washington Institute for Near East Policy think-tank.

Israel Unhappy With Freeze on U.S. Military Aid to Egypt