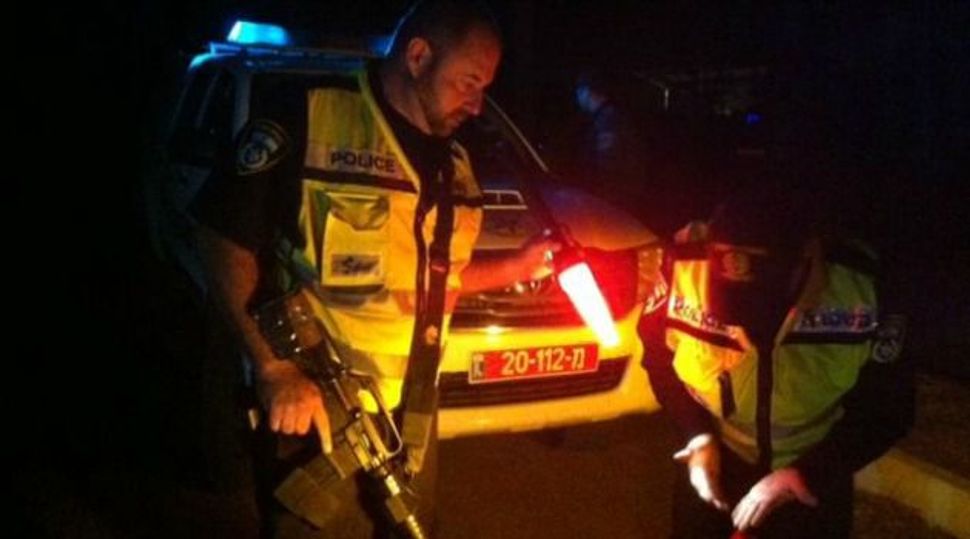 Israeli police are searching for two Palestinians who are believed to have killed a Israeli army colonel outside his West Bank home.

The man, reserve colonel Sariya Ofer, was bludgeoned to death Thursday night by the two men who waited outside his home in Shadmot Mehola, a West Bank settlement, wielding an axe and metal rod, Army Radio reported.

Uri Ariel, Israel’s housing minister, told Army Radio Friday that the killing was a terrorist attack and added that he had issued instructions to “increase settlement” in Shadmot Mehola in response to the attack. But police said they have not yet determined whether the attack was an act of terrorism.

Ofer, who was in his fifties, was among the founders of the Israel Air Force’s Shaldag special missions commando unit and a former commander of the Shaked commando unit. Police said they did not know whether the man was targeted because of his military record.

His girlfriend, Monique Omer, also in her fifties, escaped the house when she heard the struggle. A passerby found her lying by the side of a road with injuries she had sustained during her flight, according to the report.

The victim is the nephew of Yuli and Sami Ofer. His father, David, was commander of the Israel Police Tel Aviv District, and his brother, Yitzhak, was a pilot in the Israel Air Force who was killed in the Yom Kippur War. Seraiah Ofer himself was commander of the IDF Shaked unit, and was one of the founders of the air force’s special unit, Shaldag. He took part in the evacuation of Yamit in 1982. He went on to become deputy commander of the Givati Brigade.

He was discharged as a colonel and went into an unsuccessful business career incurring a debt of millions. In the 90s he founded a resort in the Jordan Valley but this venture was unsuccessful. Over the last decade he got into legal trouble, culminating in a conviction on obstruction of justice charges in 2008. Most of the conviction was overturned in 2011. The only charge remaining was one of failure to file an official report.

Thursday’s incident was the third time an Israeli was killed in the West Bank this past month.

Last Saturday, a young girl was shot while playing outside her home in the West Bank settlement of Psagot. Noam Glick, 9, sustained mild injuries. Two Palestinian brothers in their twenties were arrested by the IDF on Monday in connection with the attack.