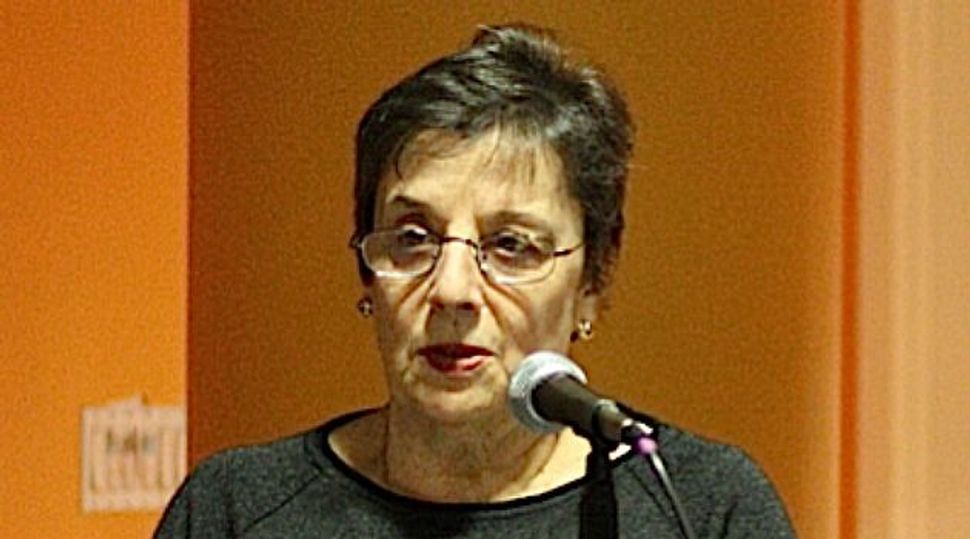 Blu Greenberg, founder of the national Jewish Orthodox Feminist Alliance, blamed a scheme in which rabbis forced recalicitrant husbands to give religious divorces on wives’ ‘desperation.’

She said such schemes were a response to a problem known as “get abuse,” in which husbands demand a larger share of the couple’s communal property to approve of the divorce.

While a “get” is not required for a civil divorce, that proceeding would not be recognized by Orthodox leaders, which means that the woman’s children by future marriages would be regarded as illegitimate.

Turning to a gang such as the one charged in New Jersey, “is an act of desperation,” Greenberg said.

Greenberg was repsonding to the news that a pair of Orthodox Jewish rabbis hired themselves out for years to unhappy wives who wanted their husbands kidnapped and beaten until they agreed to divorces, federal prosecutors in New Jersey said.

They arrested 10 men they said were involved in the scheme.

Orthodox Jewish women cannot divorce unless husbands consent through a document known as a “get.” Wives paid tens of thousands of dollars to Rabbis Mendel Epstein, Martin Wolmark and eight associates, who abducted their husbands and beat them until they agreed to issue the “get,” prosecutors charged in papers unsealed in U.S. District Court in Trenton on Thursday.

U.S. Attorney Paul Fishman said on Friday that the racket, uncovered in a sting operation, had been running in various forms for years.

“I can’t tell you the same 10 guys showed up for each one,” Fishman acknowledged.

In the sting operation, a pair of undercover FBI agents, posing as an Orthodox Jewish wife and her brother, were to pay $10,000 up front, and another $50,000 to pay for “tough guys” who would beat her husband.

“This is not an act involving a religious ritual,” Fishman said, “This is something that was done for money.”

Attorneys for the 10 men arrested, who are being held in federal custody, could not be reached for comment on Friday.

Epstein discussed using thugs armed with electric cattle prods and handcuffs to persuade husbands to grant the “get” documents, according to a court filing by prosecutors.