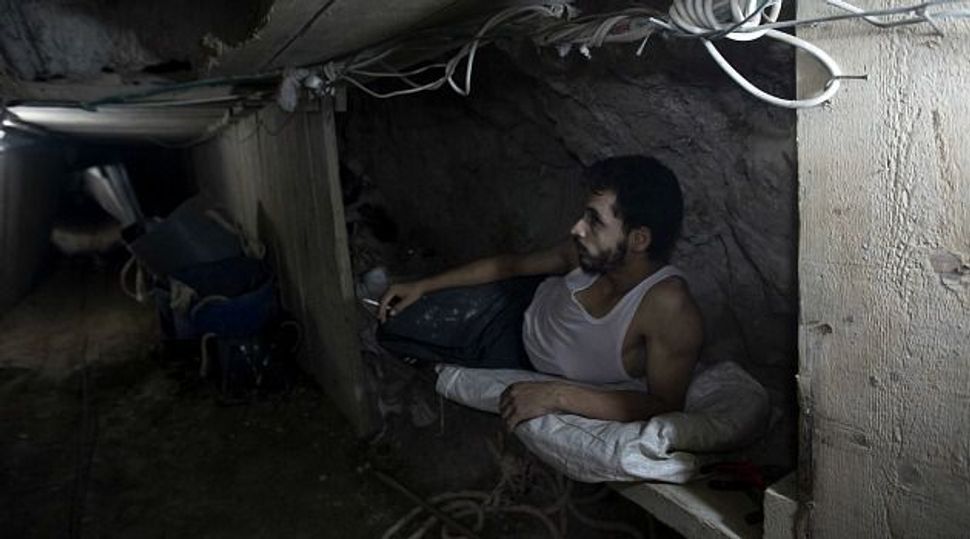 A recently uncovered tunnel between Gaza and an Israeli kibbutz was full of explosives and ended near a kindergarten.

The 1.5 mile long tunnel, which was discovered last week and is now being reported after the lifting of a gag order, had more than one exit point in and around Kibbutz Ein Hashlosha and is believed to have been constructed to kidnap civilians and soldiers, or to infiltrate the community and carry out a terror attack, according to the Israel Defense Forces.

The tunnel began in the Absan village located between Khan Younis in the southern Gaza Strip and the Gaza border fence. It was destroyed over the weekend.

Israel halted the transfer of goods and construction materials to Gaza following the IDF’s announcement of the discovery of the tunnel, according to reports.

It is the third such tunnel to be discovered in the last several months, originating from the same area. IDF officials believe that there are many more such undiscovered tunnels, Haaretz reported.

A similar tunnel was used in the 2006 abduction of Israeli soldier Gilad Shalit.

Israeli Prime Minister Benjamin Netanyahu commended the IDF for exposing the Gaza terror tunnel. He said the discovery is part of “an aggressive policy against terror,” despite the fact that this year has been the “quietest in more than a decade.”