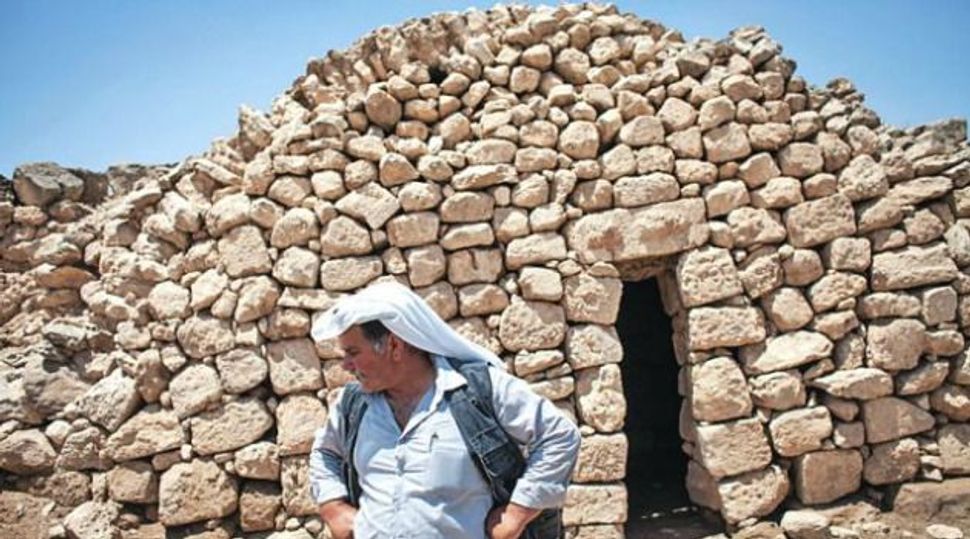 His mother gave birth to him “under the sheep,” says Ribhi Al Battat, 60, hence his unique ability to translate the animal’s every bleating and gesture. I forgot to ask him at the end of my visit if this was a metaphor.

However, one thing is certain – his mother gave birth to him in one of the caves inhabited by the people of the small Palestinian village of Zanuta in the West Bank, some 30 kilometers northeast of Be’er Sheva.

Battat says his mother, Mariam, gave birth to her own children and midwifed many of his relatives and neighbors in the caves that once served as homes for centuries on end and are now used primarily as pens for sheep, or for storage.

Only the sheep and the goats in the village are unafraid these days, blissfully undisturbed as they go through their daily routine. However, their shepherds and the rest of the village – from children to adults – live each day in tension.

“We are like lost lambs, sheep without a shepherd,” says Battat. “No government cares about us. They just want what we have – this place – and aren’t interested in us.”