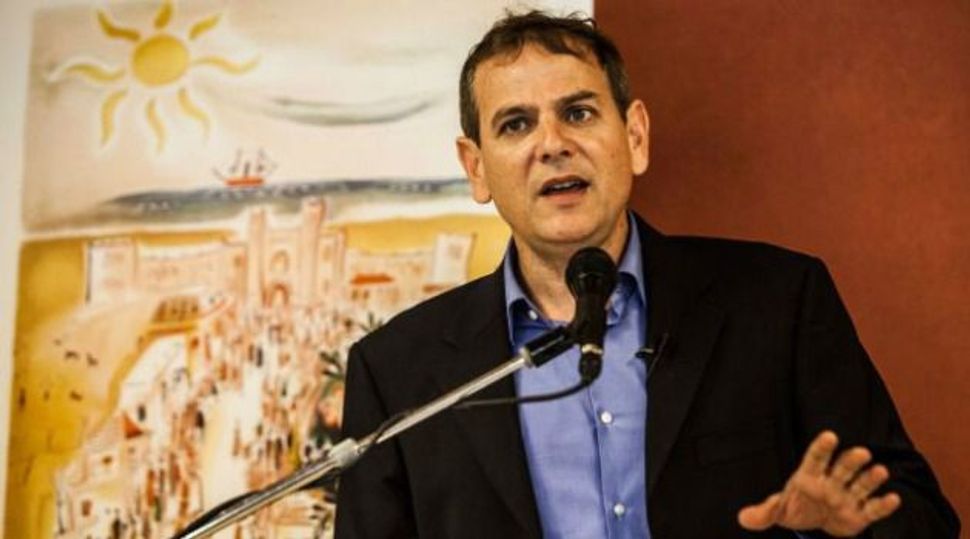 As a candidate to become the Middle East’s first openly gay mayor, Nitzan Horowitz is hoping his bid to run Israel’s famously liberal city of Tel Aviv will help homosexuals across a region where they are widely frowned upon.

The left-wing legislator is not predicted to defeat the incumbent, the well-established ex-fighter pilot Ron Huldai, in an Oct. 22 municipal vote.

But the 48-year-old remains upbeat, pointing to an opinion poll his dovish Meretz party commissioned last month that gave Huldai only a five-point lead.

A survey in the Maariv newspaper last week predicted a Huldai victory, but found 46 percent of voters were still undecided.

Horowitz’s prominence in Tel Aviv is not altogether surprising. In a region better known for its religious and social conservatism, it is dubbed the “city that never sleeps”.

With a population of 410,000, it was also ranked in a poll by Gaycities.com last year as a top gay destination.

By contrast, more than 800,000 ultra-Orthodox Jews wearing black coats and hats poured on to the streets of Jerusalem last week for the funeral of Rabbi Ovadia Yosef, a divisive figure whom critics called “Israel’s ayatollah.”

Huldai, Tel Aviv’s mayor since 1998, already apportions city budgets for its annual beachfront gay pride parade, and there is a gay film festival and municipal centre for the gay community offering cultural and athletic programmes for teenagers and young adults.

“You can’t take away the fact that gay life has blossomed in the city under Huldai,” said Itai Pinkas Pinkas, 39, a onetime city councillor who worked with the mayor.

As a measure of how far Tel Aviv has come, rabbis who held sway in the Mediterranean city in 1955 blocked a bid by a woman to win election as mayor. Golda Meir later went on to become Israel’s first woman prime minister.

“That’s why his (Horowitz’s) candidacy is not raising a firestorm, because many already see Tel Aviv as the gay capital of he Middle East,” Israeli political blogger Tal Schneider said.

But Horowitz, a former television journalist who as a lawmaker has largely championed social issues and advocated for African migrants who have flocked to Tel Aviv, says discrimination against gays in the city lingers on.

Just last month, Horowitz said, a landlord cited a party colleague’s gay lifestyle in refusing to rent him an apartment.

The task of improving policy toward gays in the Jewish state is “very challenging, because this is a country, a region with a lot of problems concerning the gay community, discrimination, even violence,” the candidate said.

Israel’s military made inroads decades ago by conscripting gay men and women alongside other 18-year-olds for mandatory service.

And even the holy city of Jerusalem, with a large ultra-Orthodox Jewish population, holds an annual gay pride parade.

But the gay community hits a roadblock when it comes to the issue of marriage.

Gay marriage – and civil ceremonies in general – that take place in Israel are not recognised by the authorities. Horowitz, who has lived with his partner for more than a decade, wants that to change.

“I hope once I’m elected this will contribute to tolerance and understanding, not just in Israel, but in the entire region,” Horowitz said.