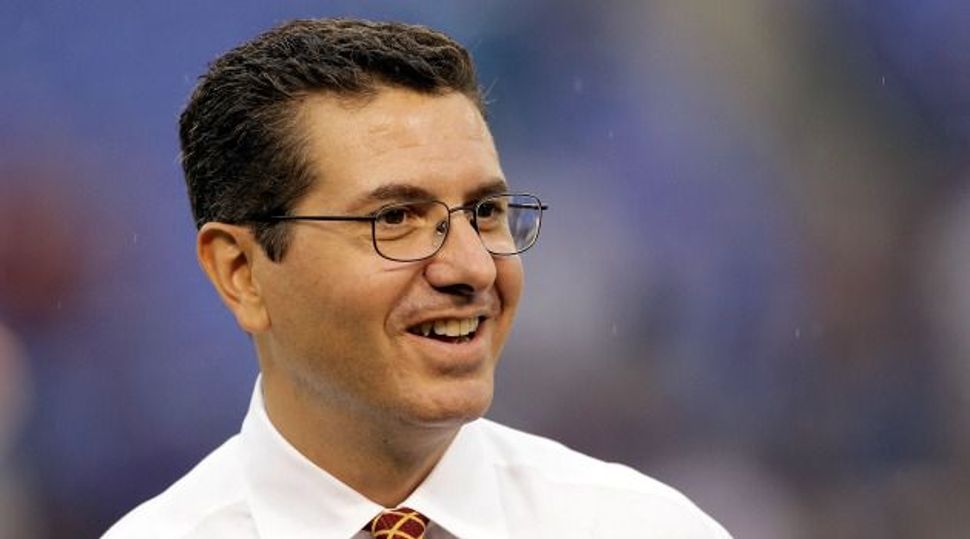 Professional sports teams should seriously consider moving away from “the use of hurtful and offensive names, mascots and logos,” the Anti Defamation League said.

The ultimate decision to change a team’s name, however, “should come from the team’s ownership with input from the fan base. It is up to them to decide to let go of this hurtful tradition,” Abraham Foxman, ADL national director, said in a statement.

The statement was released Tuesday as the Jewish owner of the Washington Redskins, Dan Snyder, has come under increasing pressure to change the name of his professional football team.

Other teams have also come under fire, including the Cleveland Indians, whose hook-nosed, red-faced mascot Chief Wahoo has been called racist and offensive.

Teams such as the Redskins and the Indians “have a responsibility to be sensitive to the legitimate hurt that offensive names, mascots and logos cause,” Foxman said. “Tradition matters, but tradition should not justify the perpetuation of such names and mascots. A name change will not impact how a team fares on the field, or in the standings.”

“It would be a real mistake – a real mistake – to think that Dan, who is Jewish, has a lack of sensitivity regarding somebody’s feelings,” said Jones, according to the Washington Post. “I promise you that.”

The comments came after President Obama last week said that if he were the owner of the team he would consider changing the name because it is offensive to some people.