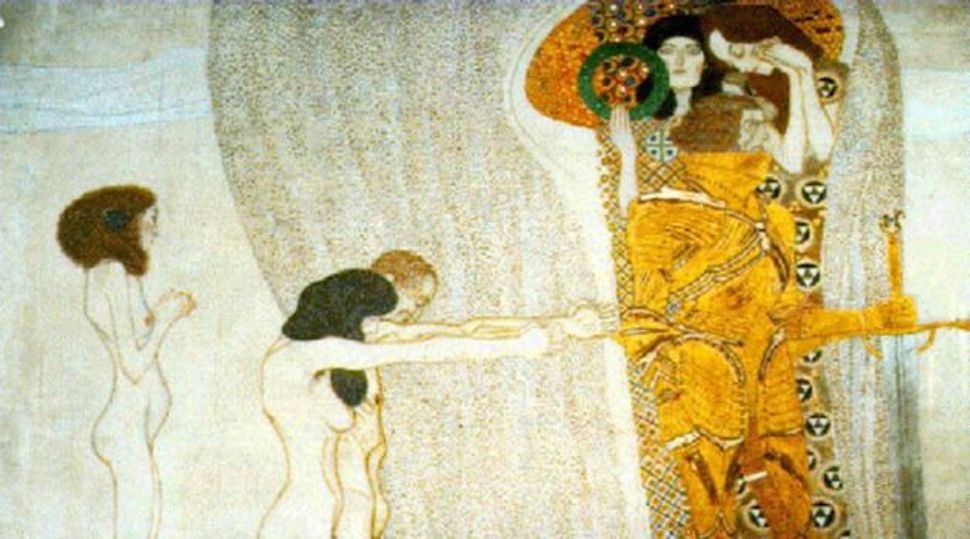 The heirs of Erich Lederer, wealthy Austrian Jews who were important patrons of artist Gustav Klimt, have asked for the restitution of Klimt’s 1902 creation “Beethoven Frieze.” The claims were filed on Tuesday with the government’s Art Restitution Advisory Board, which will make a recommendation to Claudia Schmied, the country’s minister for education, the arts and culture, who will make the final decision, according to The New York Times.

The Lederer family fled Austria in 1938, which led to the seizure of its extensive art collection. Many of the family’s valuable artworks, including 18 works by Klimt, were destroyed.

The “Beethoven Frieze” was returned to the family after World War II, but the state required that they sell the frieze to the government for half its value in order to export the rest of what was recovered of the family’s art collection to Switzerland, where they lived.

The family is now suing for the return of the work under a law passed in 2009 that allows for victims to file restitution claims if they were forced to sell the works for less than their values.

The work is a visual representation of the composer’s Ninth Symphony; it is on display in a government building and is featured on the country’s commemorative 100-euro coin.