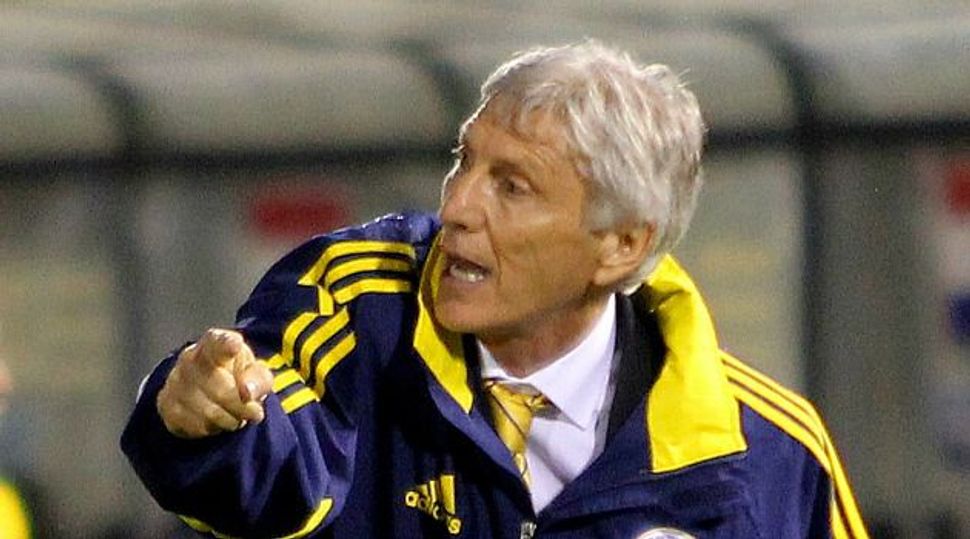 Led by its Jewish Argentine coach, Jose Pekerman, the Colombia soccer team will be returning to the World Cup following a 16-year absence.

With Tuesday’s 2-1 victory over Paraguay, Colombia was in second place in the World Cup qualifying tournament for South American teams with 30 points, two behind Argentina. The top four squads automatically advance to the 32-team tournament in Brazil that starts in June.

“I want to congratulate you, professor, this 30 points is an historical achievement never made before by our country,” Colombia President Jose Manuel Santos told Pekerman in a phone call Tuesday night.

Perkeman, 64, who lives in the Buenos Aires Jewish neighborhood of Villa Crespo, took over as Colombia’s coach in January 2012. He had coached the Argentina squad to the 2006 World Cup, losing in the quarterfinals to Germany.

He was born in Villa Dominguez, one of the main centers of Jewish immigration to Argentina. His grandparents came from Ukraine.

In its last World Cup appearance, in 1998, Colombia did not advance out of its group. The current squad is ranked fourth by FIFA, international soccer’s governing body.