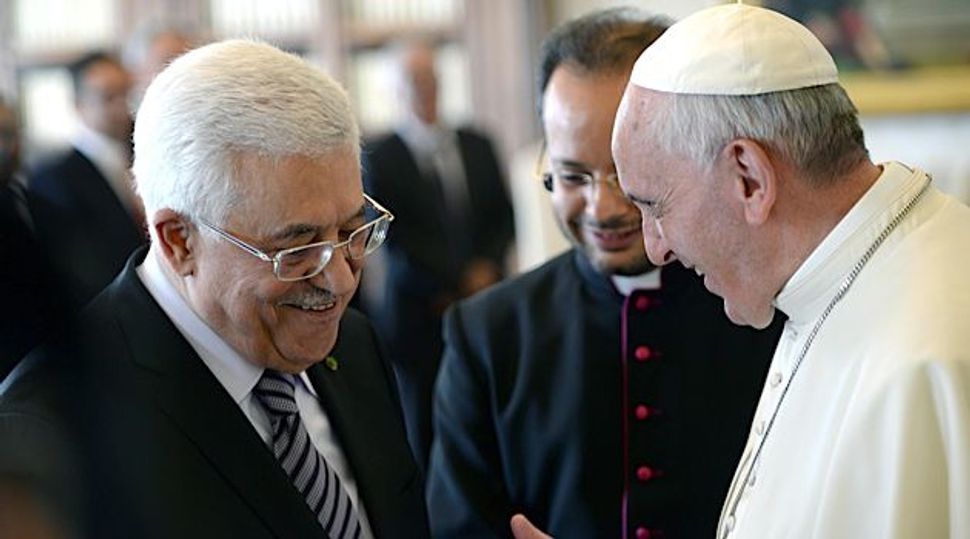 The pontiff, who has made many appeals for peace in the Middle East since his election in March, has already accepted an invitation from Israeli president Shimon Peres, and is widely expected to make the trip next year.

“I invited him to the Holy Land,” Abbas said, after a 30-minute private meeting with the pope in the Vatican’s Apostolic Palace.

After the private part of their meeting, the pope gave Abbas a pen, telling him “surely, you have a lot of things you have to sign”.

Abbas responded: “I hope to sign a peace treaty with Israel with this pen.”

Both of Francis’s two immediate predecessors, Benedict and John Paul, visited Holy Land sites in Israel and the Palestinian territories.