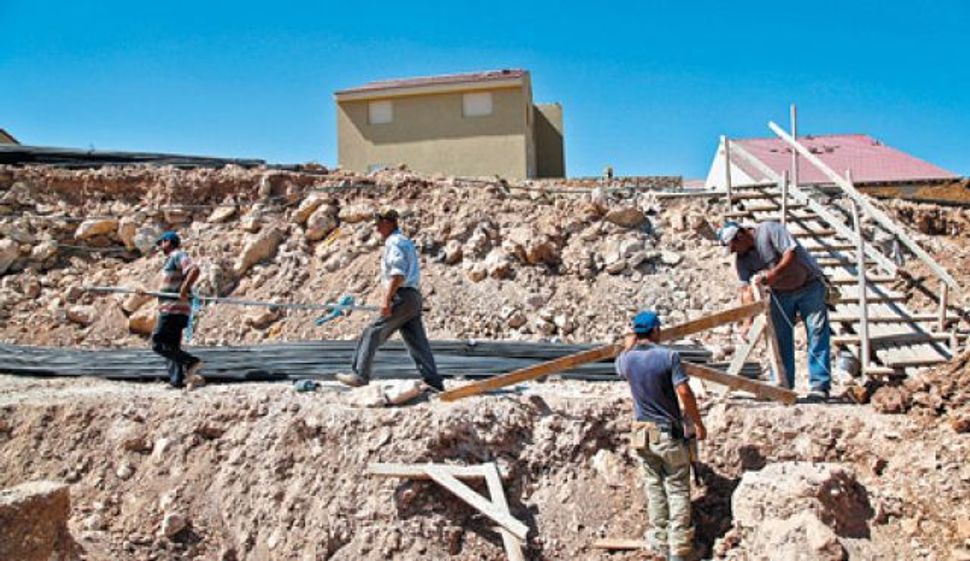 Construction in the settlement of Yakir after the freeze?s end in September 2010. Image by Haaretz

Gabi Kadosh, the prime minister’s adviser on settlement issues, is advancing a plan to exempt officially urban settlements from being obliged to publicize tenders for marketing lands. The goal is to reduce the diplomatic pressures that results from publicizing such tenders.

In the West Bank, as in Israel, there are two types of communities – urban and rural. The 33 urban communities in the West Bank include the large cities, of course, but also smaller towns with only a few thousand residents. Some of these were meant to be small towns from the start, while others were planned as larger cities but failed to grow. Thus, for example, the settlements of Eli and Har Adar both have 3,500 residents, but Eli is classified as a rural community while Har Adar is an urban one.

One of the differences between the two types of towns is the way the land is managed. In rural settlements, the land is allocated to the World Zionist Organization, which in turn allocates it to an NGO engaged in settlement activity like Amana, or to the relevant community’s cooperative association. The NGO privately selects residents, avoiding the need to issue a tender. In contrast, in urban settlements, the Israel Lands Administration must publish a tender for the plots, whether they be for individual construction or for multi-family units.