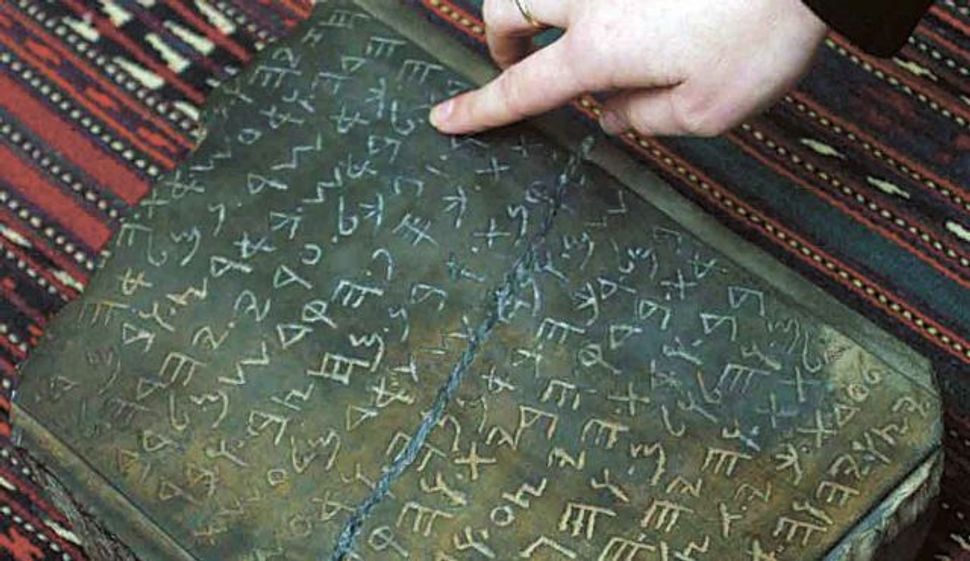 The Jehoash tablet. Image by Haaretz/Reuters

An Israeli antiquities collector on Thursday bested the state in a decade-long wrestling match, regaining possession of Jehoash’s Tablet, a unique stone inscription dated to 9 BCE that corresponds to biblical account of renovations to the First Temple by Jehoash, King of Judea.

The Supreme Court restored the sandstone artifact which the state had confiscated in 2003, charging collector Oded Golan with forging it and other antiquities, and dealing in them. For him, Thursday’s Supreme Court decision was the cherry on the cake of the appellate ruling in August 2013 that the state couldn’t prove its contention that the tablet was faked.

Over the course of seven and a half years, the court heard testimony from 130 witnesses, including dozens of Israel’s most prominent experts in geology, chemistry, microbiology and ancient scripts.

Golan has been at the eye of archaeological storms before, and the Jehoash Tablet was not the only antiquity he had been accused of forging. In an unprecedented measure in 2004, the collector was charged with fabricating and trying to sell a number of fake antiquities, any one of which would have rocked the archaeological world had it been found in the course of an accredited excavation – including the “James Ossuary”.