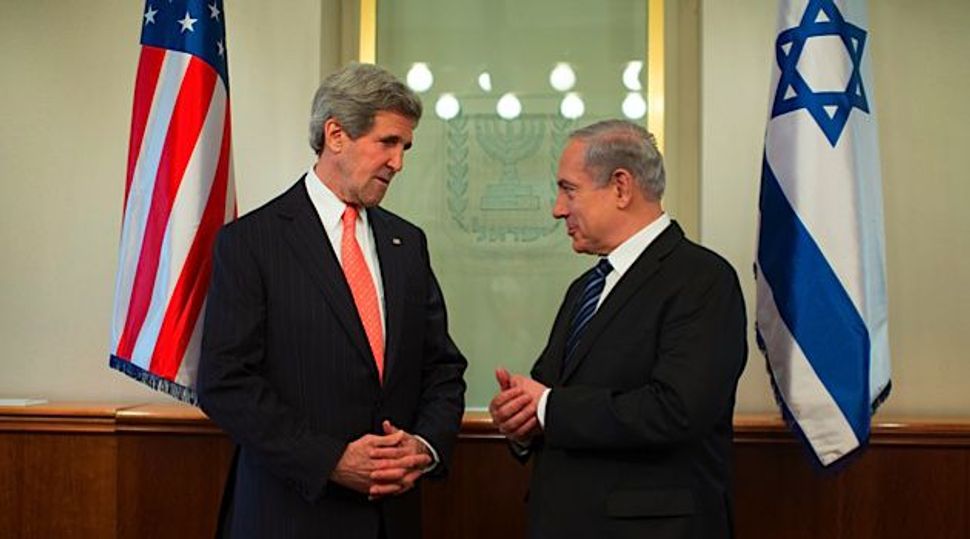 U.S. Secretary of State John Kerry will meet in Rome with Israeli Prime Minister Benjamin Netanyahu to discuss talks with the Palestinians and Iran.

Kerry will meet Oct. 23 with Netanyahu to “discuss ongoing final status negotiations with the Palestinians, along with Iran, Syria, and other issues of mutual concern,” a State Department release said Thursday.

Kerry is urging the Israelis and the Palestinians to advance to core issues in their talks, including borders, Jerusalem and the status of the descendants of Palestinian refugees.

He also has led the renewal of talks with Iran on its suspected nuclear weapons program; Netanyahu has said he is wary of any deal short of a total dismantling of Iran’s nuclear capability.

Netanyahu will be in Rome for his first meeting with Pope Francis, who has expressed an interest in visiting the Holy Land.