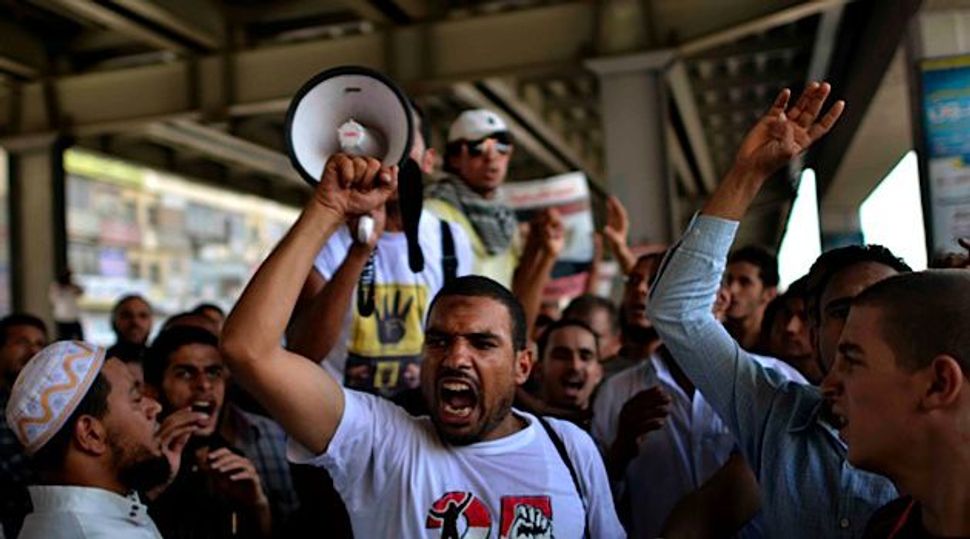 One person was wounded by gunfire when taking part in a pro-Mursi march of a few thousand in Fayoum, south of Cairo, state news agency MENA reported. Four were injured in clashes between Mursi supporters and residents in the Nile Delta city of Zagazig, state TV reported.

Hundreds of pro-Mursi Islamists took to the streets in the coastal city of Alexandria and in Buhayra province, witnesses and security sources said.

Friday’s protests were mostly peaceful. On Oct. 6, dozens of supporters of Mursi’s Muslim Brotherhood were killed in protests in one of the bloodiest days since the military deposed him.

The government then declared a state of emergency and imposed a curfew. Thousands of Brotherhood members, including Mursi, have been arrested.

The pro-Mursi coalition that called for Friday’s protests said in a statement released on the website of the Brotherhood’s political wing that it would be open to the idea of having mediators work toward solving Egypt’s political crisis.

Previous statements from the coalition had called the army-backed government illegitimate and insisted on Mursi’s return to the presidency.

Proposals by the coalition to resolve the crisis must await the naming of mediators, the statement quoted Mohamed Ali Bishr, Brotherhood leader and a minister under Mursi, as saying.

Gunmen killed a policeman on Friday on a street in the city of El-Arish in north Sinai, security and medical sources said.

Egypt is fighting an Islamist insurgency in the largely lawless Sinai Peninsula, adjoining the Palestinian Gaza strip and Israel. Sinai-based militants have intensified their attacks on military and police since Mursi’s ouster, which followed mass protests against his rule.