Livni To Fight Netanyahu’s Cabinet To Negotiate on Jerusalem 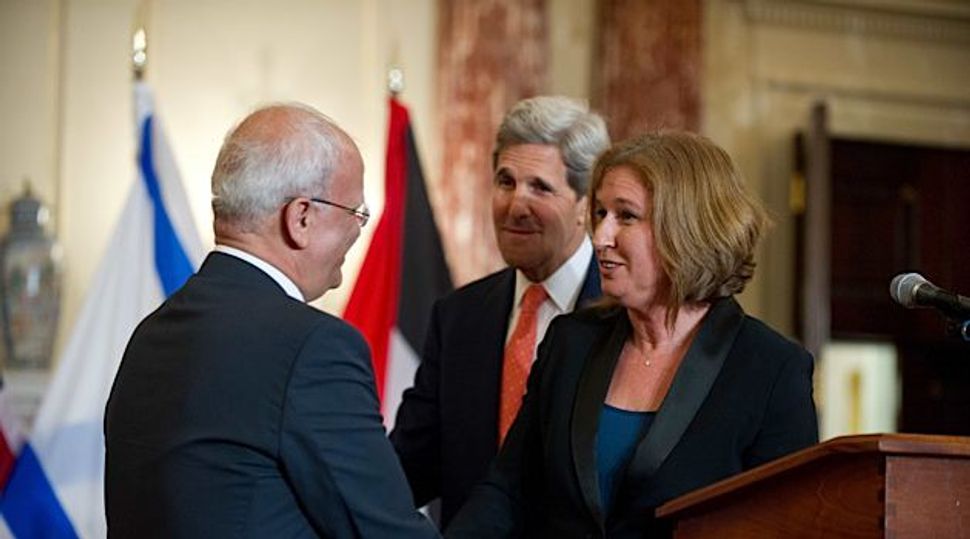 Israel’s chief peace negotiator will seek to block a proposal introduced by members of Prime Minister Benjamin Netanyahu’s cabinet to make it tougher to negotiate with the Palestinians over Jerusalem, one of her aides said on Sunday.

The motion won preliminary cabinet approval, but the aide said that Livni, who is also Israel’s justice minister, would ask the full cabinet to freeze it to avoid any delay to U.S.-backed negotiations renewed in July after a three-year impasse.

Jerusalem is one of the most divisive issues in the talks on creating a Palestinian state in territories Israel captured in the 1967 war.

The sides are also divided over the future of Jewish settlements, where borders should run, and Palestinian demands for a “right of return” for refugees and their descendants.

Israel regards all of Jerusalem as its “eternal” capital. In a move never recognised internationally, it has annexed the city’s eastern sector, which Palestinians also want as capital of their future state.

Aiming to stop any attempt to concede Israeli control over the city, a pro-settler-dominated government panel approved a bill to require the consent of at least 80 of parliament’s 120 members before Jerusalem’s future can be negotiated.

Livni, who represents Israel at peace talks held under U.S. Secretary of State John Kerry’s tutelage, has a week to file an appeal which would delay transfer of the measure to parliament where it would face another four votes before becoming law.

Israeli media have reported little progress in the talks, although they have taken place under an agreed news blackout.

Kerry said at the United Nations last month that the parties had agreed to accelerate the negotiations, which Washington had envisaged being completed by the middle of next year.

Livni To Fight Netanyahu’s Cabinet To Negotiate on Jerusalem