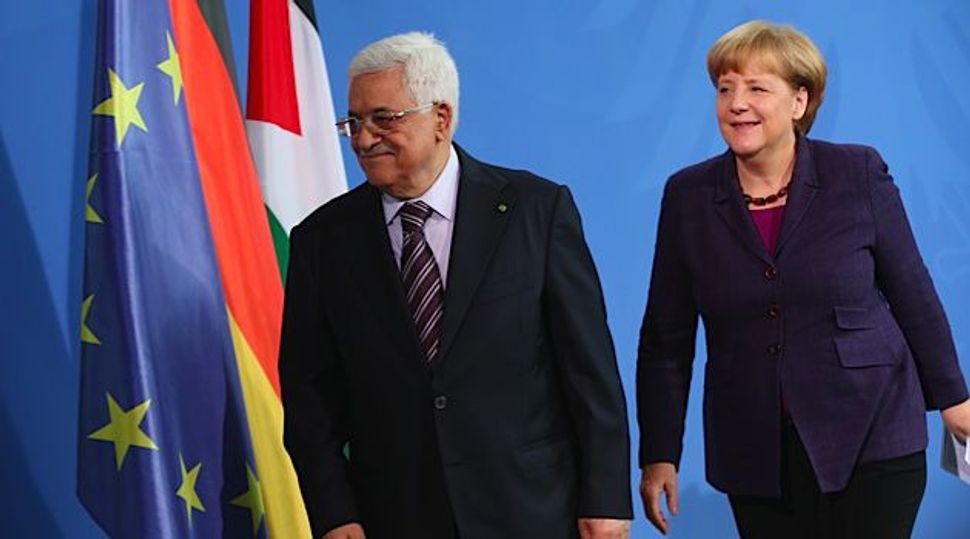 Abbas told the German news service Deutche Welle that the peace talks that restarted in July after a hiatus of several years have not reached a dead end, as some have claimed in recent weeks.

“We’re still at the beginning of the road,” he said during the interview on Saturday. “We have enough time to continue to examine the main and tough issues.”

U.S. Secretary of State John Kerry has said the talks should last about nine months.

Abbas also said during his visit to Germany that any peace deal will be put up for referendum, and that Jerusalem should be the shared capital of both the Jewish and Palestinian states. He also hinted that the negotiations are based on the pre-1967 borders.

Also Saturday, the Hamas prime minister in Gaza, Ismail Haniyeh, called for an end to the division between the Palestinian leaderships in the West Bank and Gaza Strip in order to better negotiate an agreement with Israel.

“Let’s have one government, one parliament and one president,” Haniyeh said, according to Reuters.

He also called for a national strategy that includes “armed struggle, popular uprising and political, diplomatic and media battles.”