Michael Bloomberg To Be Awarded the $1M Genesis Prize 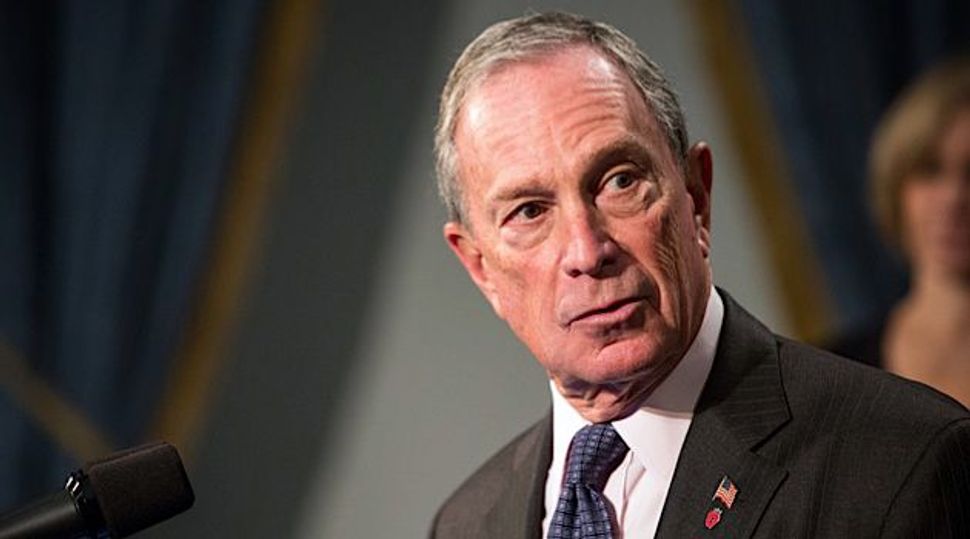 Billionaire mayor Michael Bloomberg will be the first recipient of a new $1 million prize meant to inspire young Jews.

The Genesis Prize, backed by a group of Russian Jewish oligarchs, right-wing Israeli politicians, and American Jewish communal leaders, will be awarded to the outgoing New York City mayor on October 21, the New York Times reported.

Prize organizers have high hopes for their award, which early press releases likened to a Jewish Nobel Prize. Wayne Firestone, the former director of Hillel International and the current president of the foundation created to give out the prize, told the Forward in April that he saw the prize as away to get young Jews excited about being Jewish.

“What I’m hoping to do is to build an engagement platform for young adults, to allow them to meet these individuals, hear their stories, potentially interact with them directly,” Firestone said at the time.

It’s unclear whether the mayor of New York City, whose net worth is estimated by Forbes to be $31 billion, will meet with young Jewish adults on behalf of Genesis.

Genesis Prize organizers faced criticism before the prize was announced over the small number of women on the prize committee and the rightward slant in the political affiliations of prize committee members. Others expressed skepticism as to whether such a prize was necessary.

Michael Bloomberg To Be Awarded the $1M Genesis Prize