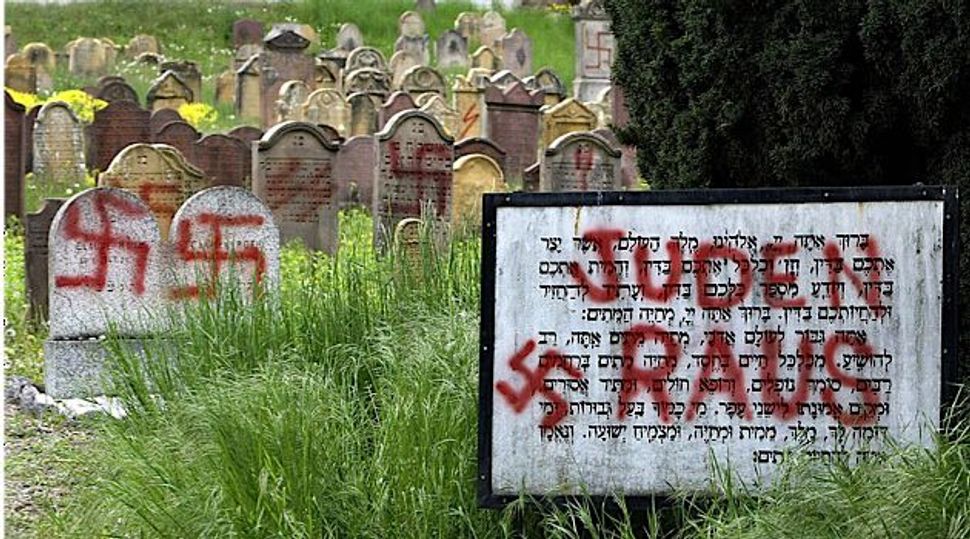 There have been 82 reported attacks on synagogues in Germany from 2008 to 2012, according to a report requested by Left Party legislator and Bundestag Vice President Petra Pau.

But the reported number may actually be too low: An investigation by Germany’s main Jewish weekly, the Juedische Allgemeine, showed that several notable incidents were not included in the report from the German Interior Ministry that was released last week, including an attack on the Dresden synagogue in 2012, as well as desecration of synagogue property in Regensburg and Wuppertal that same year.

Most of the reported cases involved property damage and graffiti featuring banned Nazi slogans. According to the report, the main perpetrators are far-right extremists, credited with more than 90 percent of the incidents, though some cases originate in Muslim circles.

Pau told the Allgemeine that attacks on synagogues are the “tip of the iceberg” when it comes to anti-Semitic crimes in Germany.