Palestinian Man Who Planned Bus Bombing Killed in Shoot Out 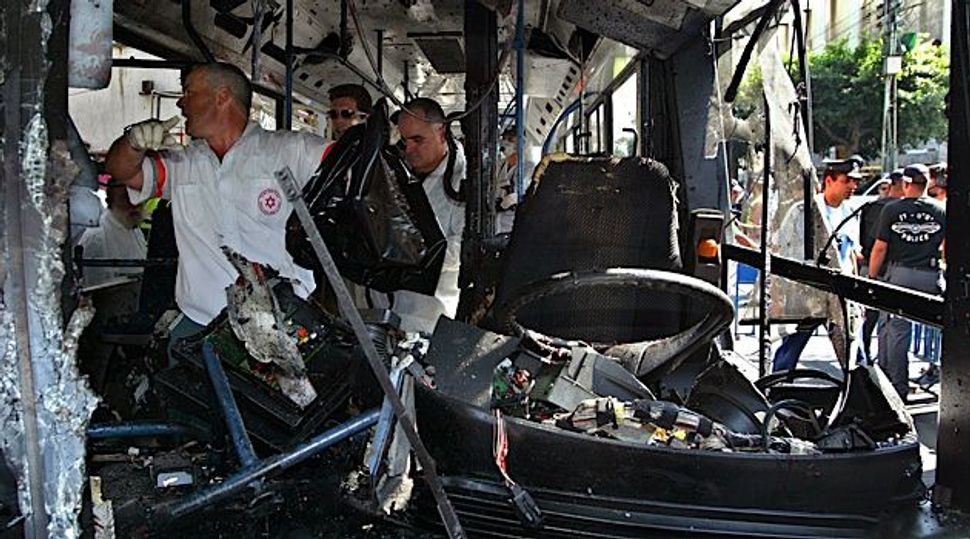 A wanted Palestinian terrorist, who was behind a 2012 bus bombing in Tel Aviv, was killed in a shoot out with Israeli security officials who were trying to arrest him.

Mohamed Aatzi, 28, was killed Tuesday morning during an exchange of gunfire in the West Bank Palestinian town of Bil’in during a joint operation of the Israel Defense Forces and the Israel Security Agency, or Shabak.

Aatzi was one of the planners of the terror attack which took place on Nov. 21, 2012 on a bus in Tel Aviv during Operation Pillar of Defense, in which 29 passengers were wounded, according to a statement released by the IDF and Shabak.

Aatzi has previously been involved in activities of the Islamic Palestinian Jihad terror organization. He reportedly had been in hiding since the bus bombing and was planning another attack against Israeli civilians or IDF forces.

Two Palestinian men alleged to be Aatzi’s assistants, who have been jailed in the past for involvement with the Islamic Palestinian Jihad, were arrested by security forces on Monday night and held for questioning.

“The outcome of this operation emphasizes that terror does not pay. Terrorists must know that there is no eluding the extensive intelligence and operational capabilities of the IDF, we will continue to seek out those that attempt to undermine and defy our way of life,” IDF spokesman Lt. Col. Peter Lerner said in a statement.

Palestinian Man Who Planned Bus Bombing Killed in Shoot Out