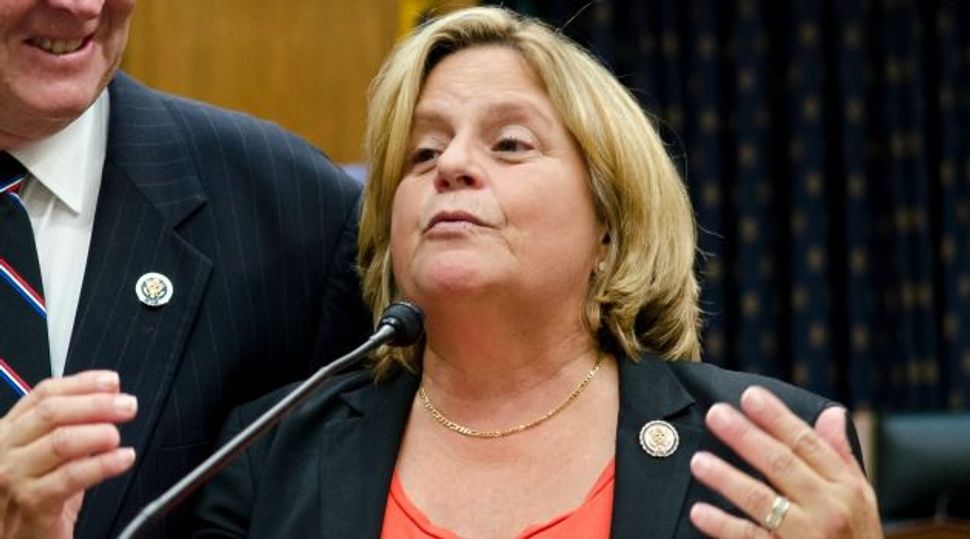 Some Congress members are working to ensure that Iraqi Jewish artifacts now on display in Washington are returned directly to the Iraqi Jewish community and not the government.

Reps. Steve Israel (D-N.Y.) and Ileana Ros-Lehtinen (R-Fla.) are leading the bipartisan effort to return the thousands of books, photos, texts and other materials that were found by the U.S. and coalition forces in 2003. They were brought to the United States to be restored and were digitalized.

Many Iraqi Jews were forced out of their country and are living in the U.S.

The artifacts had been submerged in water at the late Iraqi strongman Saddam Hussein’s flooded secret police building. The collection is supposed to be sent back to Iraq next spring.

Reps. Israel and Ros-Lehtinen wrote a letter to U.S. Secretary of State John Kerry stating that the Iraqi government has no legitimate claim to the artifacts.

“We firmly believe that these items should be returned to the descendants of the Iraqi Jewish community, who still mourn the loss of these priceless reminders of their former lives in Iraq,” they wrote.

Sen. Charles Schumer (D-N.Y.) also is involved in the effort.

Ros-Lehtinen said it “would be criminal for the U.S. government to be complicit in denying the Jewish community what is rightfully theirs.”

The collection includes more than 2,700 Jewish books and tens of thousands of documents in Hebrew, Arabic, Judeo-Arabic and English dating from 1540 to the 1970s. Some of the items are on display at the National Archives through Jan. 5.