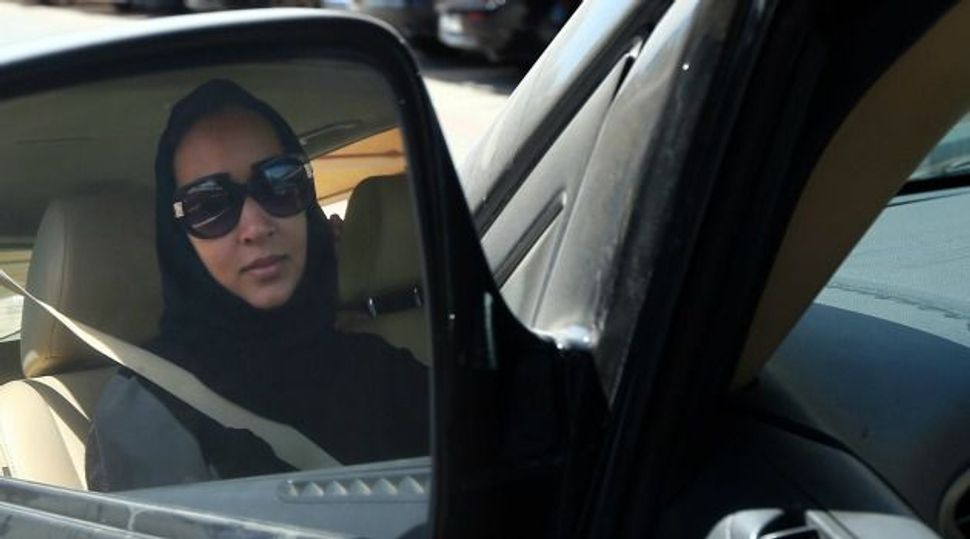 A few women filmed themselves driving in Saudi cities on Saturday, defying government warnings of arrest and prosecution to take part in a campaign against men-only road rules, activists said.

But some others stayed at home, put off by phone calls from men who said they were from the Interior Ministry, reported organisers of the demonstration against an effective ban on women drivers.

Police put up checkpoints in some parts of Riyadh, Reuters witnesses said, and there appeared to be more traffic patrols than usual on the streets of the capital – the latest sign of the sensitivity of the issue in the ultra-conservative Islamic kingdom.

“I know of several women who drove earlier today. We will post videos (online) later,” one of the campaign organisers told Reuters by phone.

Five videos were published on the campaign’s YouTube feed and Twitter on Saturday morning, dated Oct. 26 and purporting to show women driving in Riyadh, the oasis region of al-Ahsa and the city of Jeddah.

It was not possible to verify when they were filmed.

King Abdullah has pushed some cautious reforms, expanding female education and employment. But he has also been careful not to open big rifts with conservative clerics.

Protests are illegal in Saudi Arabia, and public demands for political or social change have traditionally been interpreted by the authorities as an unacceptable challenge to the ruling al-Saud family’s authority, local analysts say.

However, organisers said their call for women to drive on Saturday was not a political protest as they had not called for gatherings, rallies or processions of cars.

Instead they have asked women with foreign driving licences to get behind the wheel accompanied by a male relative and drive themselves when performing everyday tasks.

A website set up by the campaigners to petition the government appeared to have been hacked on Saturday morning, displaying a black background illuminated by glowing red lightning bolts and bearing the message “Reason for the hacking: I am against women driving in the land of the two holy shrines”.

The kingdom’s powerful religious establishment is lavishly financed by the state, but it has opposed numerous government efforts to gradually increase women’s public role in society.

On Tuesday, around 150 conservative clerics gathered outside the royal court in a rare protest against the pace of social reforms in Saudi Arabia, including women’s rights. One prominent cleric, Sheikh Nasser al-Omar, was filmed describing the campaign for women to drive as “a conspiracy”.

However, supporters of the campaign can point to increasingly public support for the idea of women driving in the media and among prominent Saudi figures.

This month three women in the Shoura Council, an appointed quasi-parliament set up by King Abdullah to advise the government on policy, said the Transport Ministry should look into allowing women to drive.

They argued that the ban made it hard for women to work or look after their families and that it caused financial hardship for families who had to employ a full-time driver.

Some Saudi newspapers have also published editorials arguing women should be allowed to drive.