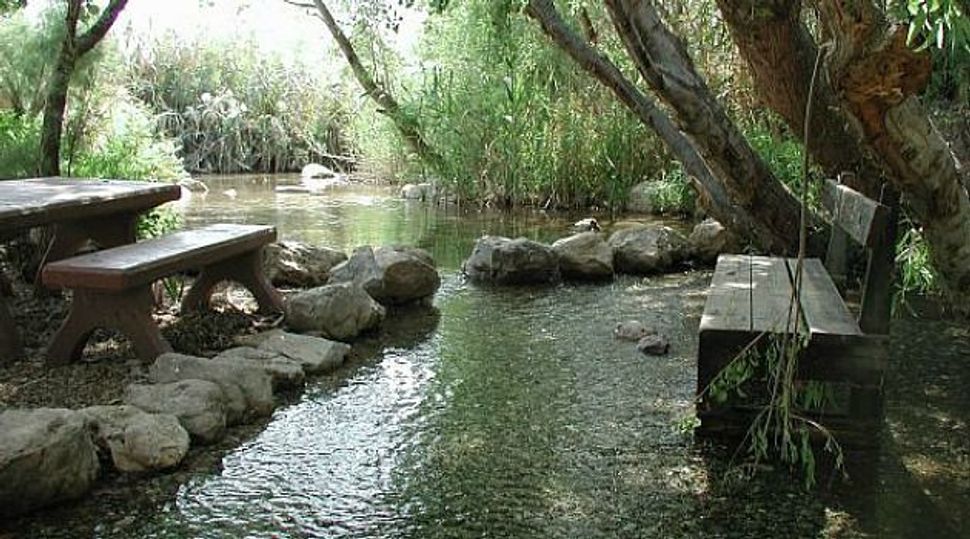 Dry Spot: The Einot Tzukim nature reserve is known for its lushness, which is provided by underground springs linked to the nearby Dead Sea. But as the sea shrinks, the springs are also drying up. Image by haaretz

Visitors to the Einot Tzukim nature reserve near the Dead Sea might be surprised to discover two new pools at the site. The artificial pools were created by the Israel Nature and Parks Authority as part of its effort to stem the damaging side effects of the Dead Sea’s receding water levels. The authority plans to create additional such pools, to replace the habitats that have been harmed, although officials admit they do not know if this plan can ultimately save what is known as “the world’s lowest nature reserve.”

The Einot Tzukim (Ein Fashkha) reserve is one of the most important aquatic habitats in the Judean desert. It is home to a high concentration of plant and animal species, and dozens of springs and natural pools. The shores of the Dead Sea used to reach the preserve’s limits, making it a popular site, but the sea’s dropping water levels (estimated to be a meter per year) have separated it from the reserve, leaving behind a muddy surface that is dangerous for visitors – so much so that the Nature and Parks Authority cut off access from the reserve to the sea several years ago.

The distance between Einot Tzukim and the Dead Sea did great harm to the ground structure and to the distribution of water sources within the nature reserve. Spring water, which previously had flowed directly to the sea, began to create deep channels underground, gnawing away at the land in the nature reserve. This geological process, called undermining, occurs when the ground undergoes a process of weathering and erosion, causing water to wash away the upper levels of earth. In a few isolated areas, the channels destroyed plant life and caused the natural water sources to dry up.