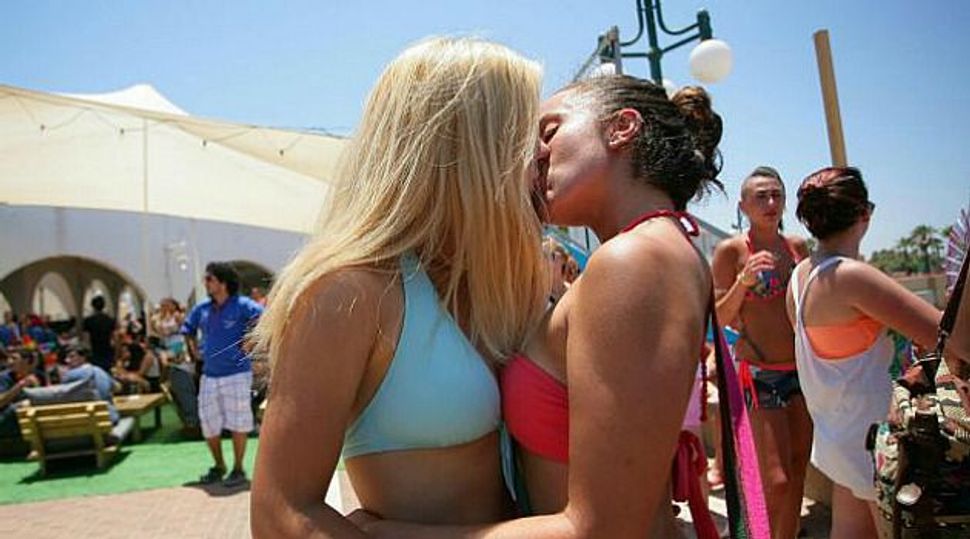 American LGBT leaders from advocacy organizations, government and academia visited the Gay Center, owned and operated by the city of Tel Aviv.

“None of us are aware of another municipality where they are solely funding the LGBT community center,” said Malcolm Lazin, executive director of the Equality Forum, a national and international LGBT civil rights organization with an educational focus.

Lazin is leading the delegation of LGBT leaders on a week-long seminar in Israel that began Monday with a goal of exploring partnerships and collaborations with their Israeli counterparts, while learning about the difficult issues facing Israel and the region. The seminar is under the auspices of Project Interchange, a non-profit educational institute of the American Jewish Committee.

Lazin and the LGBT seminar participants learned Tuesday that common law marriage for same sex couples is recognized in Israeli courts, though they cannot be married in Israel. The group is also scheduled to meet with Israeli jurists to discuss Israel’s approach to marriage recognition.

“The people in our group came here recognizing Israel is more progressive but we’re learning what that really means,” said Lazin.

Other participants in the seminar include Kevin Naff, editor and co-owner of the Washington Blade, the U.S.’s oldest and most acclaimed LGBT news publication; Kirk Fordham, executive director of Gill Action, which provides resources to individuals and organizations working to advance equality; and Gregory T. Angelo, executive director of Log Cabin Republicans, the U.S.’s original and largest organization representing gay conservatives and allies.