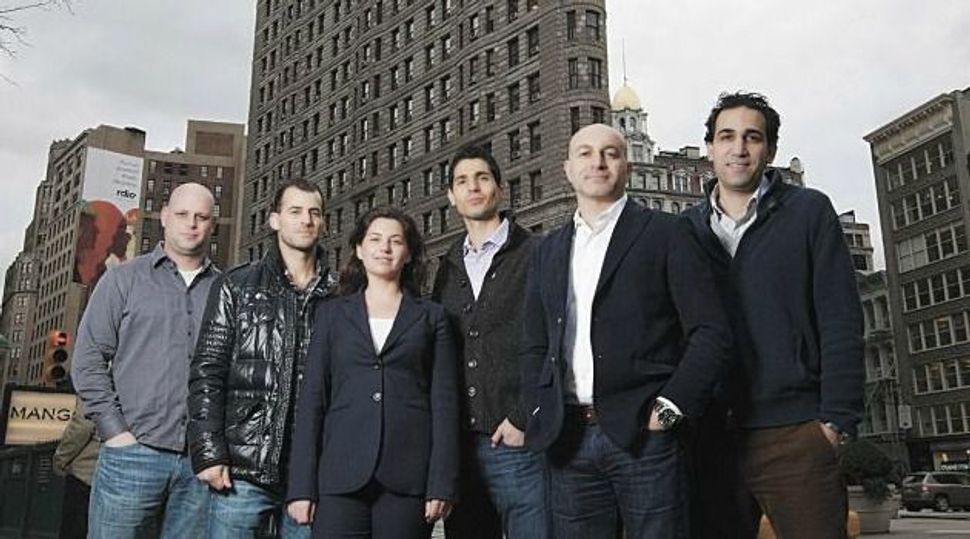 Get Out Nation: Israeli tech entrepreneurs are shunning Tel Aviv amid what they call suffocating regulation in the Jewish state. Image by haaretz

High-tech entrepreneur Eyal Waldman decided he had had enough of Israeli investors when they told him to choose between his titles of chairman and chief executive at the company he co-founded, Mellanox Technologies.

So in August, Waldman delisted the chip designer – Tel Aviv Stock Exchange’s sixth-largest company, with a market value at the time of 6 billion shekels ($1.7 billion) – dealing a heavy blow to an ailing bourse that had already seen its chief executive and chairman resign a month earlier.

Waldman said the attitude of Israeli institutional investors, who had been empowered by changes to the Securities Law, was suffocating.

“Mellanox is not an impulsive company. (Delisting) is something we were thinking of, that we saw build up. This was not our place any more,” he told Reuters.

The problem is the result of both more regulation and less.

Over the past decade, Israel has relaxed rules on overseas investments. Previously, Israeli pensions had to invest nearly 100 percent at home; now they can invest without limitation abroad. At the same time, over the past year the government has introduced securities regulations that Israeli companies complain make doing business far harder, including more stringent reporting requirements, pushing even more money out of the country.

The new regulations and other measures were an effort to help consumers and protect investors. Competition was subdued by the domination of a handful of conglomerates in the mobile phone, retail, construction and petrol distribution sectors, and consumers were struggling to keep up with bills.

In 2011, hundreds of young Israelis, angry they could not afford housing and bitter about the high price of groceries, set up a tent city in the heart of Tel Aviv’s financial district and for weeks refused to move. This culminated in the largest demonstration in Israel’s history, with 400,000 people demanding a more affordable cost of living.

Prime Minister Benjamin Netanyahu reacted with a plan to break up the conglomerates that controlled vast swathes of the economy, opened up markets to competition and forced service providers to cut consumer fees.

The new regulations have brought consumers some relief – lower cell-phone bills and banking fees – but many investors and businesses say it is at a cost of dwindling profits and depressed share prices.

What upset Waldman most were amendments to the Securities Law that he could not have foreseen when he listed his company on TASE in 2007, several months after its offering on Nasdaq.

He was troubled by the empowerment of minority institutional investors, who previously had little influence at the companies in which they invested. New rules require majority approval by minority shareholders for issues such as executive salaries.

Officials at some of Israel’s biggest firms have said that, like Mellanox, they are nearing a tipping point.

Potash producer Israel Chemicals (ICL), the most traded company on TASE, is seeking to list overseas. Though it has no intention at present to delist from Tel Aviv, CEO Stefan Borgas said in a conference call: “ICL must act seriously and take into account a situation of an additional worsening in the business climate of the Tel Aviv bourse.”

The same goes for Nice Systems , whose products analyse video and big data.

“It makes much more sense for us to trade only on Nasdaq,” CEO Zeevi Bregman told the Globes financial newspaper, but made clear a delisting was not on the agenda at this time.

Such talk has scared off investors. Daily trading volume on TASE averages around 1 billion shekels, 47 percent of the level in 2010. Other markets have had more moderate drops; since 2010 trade in London has fallen to 80 percent, on Nasdaq to 77 percent and Tokyo to 79 percent.

Only three small IPOs have taken place in Tel Aviv since late 2011, while about 100 firms, roughly 15 percent, have delisted since the end of 2009.

Investors are not pleased; one public relations firm, on behalf of clients, has launched a Facebook page called SaveTASE, blaming Israel’s securities regulator, Shmuel Hauser, for the bourse’s woes.

Part of the drop in volume followed a 2011 upgrade in Israel’s status on the MSCI index from emerging market to developed. The move led to an exodus of passive money from foreign investors tied to the emerging market index.

But the real drain has been the money that Israeli institutions have withdrawn as restrictions on overseas investments were lifted over the past decade.

“We are in the process of increasing our investment out of Israel, and this process … still has, in my opinion, a long way to go,” said Amir Hessel, chief investment officer of Harel Insurance and Finance, Israel’s third-largest insurer.

Harel’s pension, provident and life insurance funds have invested 34 percent of their 102 billion shekels in assets under management and 60 percent of their equities portfolio abroad, up from zero a decade ago.

Nir Moroz, CEO of Clal Amitim pension fund, said as much as 30 percent of his fund’s assets were abroad, and that could hit 40-50 percent in the next few years due to a dearth of new local issuance.

The protests of 2011 ushered in a flood of regulation that hurt profits in almost every sector – from cellular operators and food makers to institutional investors and gas producers.

Israel’s three top mobile phone operators posted an average drop of 71 percent in net profit in the second quarter of 2013 compared with three years earlier, before new regulation and competition kicked in.

“There is a big risk of making business and investing in Israeli companies because of regulation,” said one investment manager who asked not to be named.

Hauser disputes that regulations alone have harmed the markets. Much of the regulation, he told Reuters, was aimed at curbing abuse of power by large stakeholders in companies at the expense of minority holders.

However, he said “the wave of regulation since the 2008 crisis may have gone too far”. He has proposed lowering the capital gains tax to 15 percent from 25, reducing fees for trading and clearing, and trading foreign currency.

With the public’s cause taken up by the media, Hauser said it has become “illegitimate” to be rich these days, adding: “We have to stop with this populist atmosphere.”

Among the hardest hit by the new environment has been Israel Chemicals, which has made controlling shareholder Idan Ofer one of Israel’s richest people.

ICL, which has an exclusive permit to extract minerals from the Dead Sea, paid 1.2 billion shekels in 2012 in taxes and royalties. A year after ICL reached a deal to double royalty payments to 10 percent, Finance Minister Yair Lapid, a former TV personality who rode the social protest to political power, set up a panel to review once more the level of royalties paid.

CEO Borgas said ICL was worried about the “extraordinary level of uncertainty” in the business environment that the committee’s appointment has created.

“Our international shareholders acknowledge this at every encounter,” Borgas told Reuters in an email, adding that this was reflected in ICL’s share price, which fell over 15 percent in reaction to the committee’s establishment.

Its shares were also hit when Canada’s Potash Corp in April abandoned efforts to take over ICL because of strong political opposition in Israel.

Borgas, a former CEO of Swiss chemicals group Lonza, said he was concerned by the scope of regulation and the way it was conducted in what seems to be a response to populism.

“In the current situation we have a negative incentive to invest in Israel,” he said.

Israel’s economy relies heavily on foreign investment and, like many countries, it provides grants and tax breaks to attract companies.

Teva Pharmaceutical Industries, Israel’s largest company and the world’s biggest generic drugmaker, reaped close to 12 billion shekels in tax breaks between 2006 and 2011, according to the Tax Authority. It has come under huge pressure in recent weeks to review plans to shed 10 percent of its global workforce as part of a cost-cutting plan.

ICL was next at 2.2 billion shekels, followed By Check Point Software at 1.65 billion.

When these figures were published by the media in July, the public response was scathing.

Lapid has said he would reexamine the policy, but companies say the benefits are dwarfed by the jobs they provide and the money they contribute to the economy.

“Without this policy a lot of companies would have less business here and would pay less taxes,” Check Point CEO Gil Shwed told reporters in July.