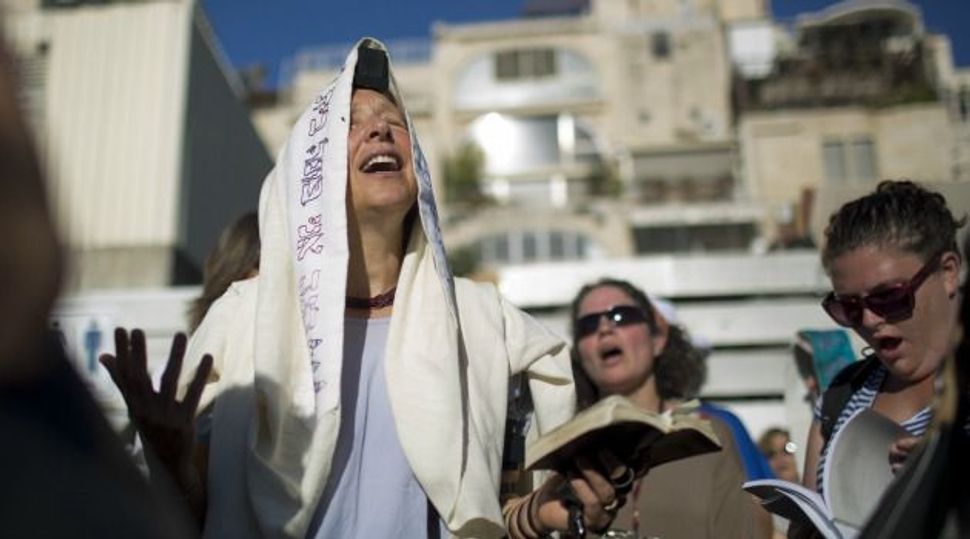 A group of Women of the Wall activists who reject the idea of moving the group’s monthly prayer service to a new egalitarian space on Wednesday notified Religious Affairs Minister Naftali Bennett that they are determined to continue praying, as they have for the past 25 years, at the women’s section of the Western Wall.

“We firmly commit to upholding the right of Jewish women to assemble together in peace and dignity for prayer at the Kotel in our custom: reading from a Torah scroll, and with the option of wrapping in tallit and tefillin,” they wrote in the letter. “Nothing has changed or will change this basic position. No plan to which others might agree will affect our right to pray in our custom at the Kotel, historic site of Jewish gathering, connection, and memory.”

Most of the dissenters live outside Israel but plan to take part next week in at least some of the celebrations that will mark the 25th anniversary of the establishment of Women of the Wall, according to Cheryl Birkner Mack, who recently resigned from the board in protest at the decision to consider leaving the women’s section.