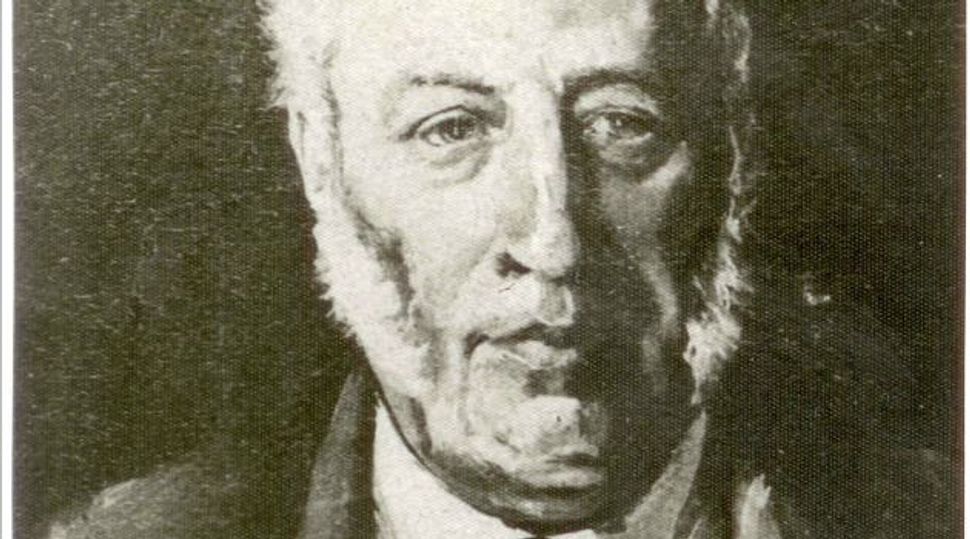 Image by courtesy of bistritzky.com

A Jewish celebrity art dealer who died in 1870 in France was reburied in Israel after his body was exhumed from his Paris grave due to property laws.

The funeral for Jacob Giacomo Tedesco on Sunday in Beit Shemesh marked the end of a seven-year legal fight led by his relatives to receive his remains for reburial. Authorities exhumed his body under a French law that allows graves to be emptied 99 years after a burial.

Tedesco’s great-great-granddaughter discovered in 2006 that his remains had been exhumed from his grave in the Montpar­nasse Cemetery and placed at the Pere Lachaise depository.

“I found it had simply disappeared,” Debby Lifchitz, an Orthodox Jewish woman from Israel, was quoted as telling the Le Figaro newspaper of Tedesco’s grave.

The family then launched the legal battle to have his remains transferred to Israel, “where he would have an eternal resting place,” she was quoted as saying.

Tedesco, the owner of a major art gallery, also opened the first kosher butcher shop in Paris, founded an Orthodox synagogue and built a ritual bath that remained active until World War II.

In 2011, France passed a law that allows authorities to cremate human remains they exhumed — a practice that also goes against Jewish customs.

Pinchas Goldschmidt, president of the Conference of European Rabbis, who attended Tedesco’s funeral in Israel, told the Israeli news site Ynet that the French laws on cremation and exhumation should be changed, as they “threaten to desecrate the dignity of the dead.”