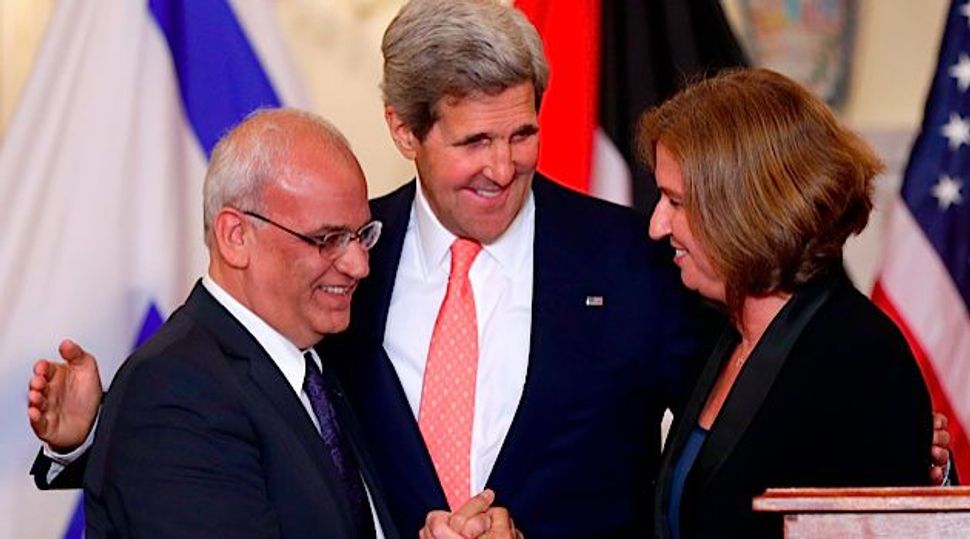 Talks: Kerry will arrive in Israel this week to continue peace negotiations. Image by getty images

Members of the Palestinian peace negotiating team did not resign over Israeli settlement construction announcements, Palestinian officials said despite reports to the contrary.

A report late last week on the Palestinian Maan news website said that negotiating team head Saeb Erekat and team member Mohamed Shtayyeh had resigned after Israeli announcements of new construction in settlements in eastern Jerusalem and the West Bank following the release of 26 Palestinian prisoners from Israeli jails.

But Palestinian officials over the weekend denied the reports, which come on the heels of calls from some Palestinian groups to halt the peace talks over the construction announcements.

U.S. Secretary of State John Kerry is scheduled to arrive in Israel on Tuesday in a bid to spur along the current round of peace talks, which is three months into its agreed-upon timetable of six months. Palestinian Authority President Mahmoud Abbas has committed to the full nine months, according to reports.