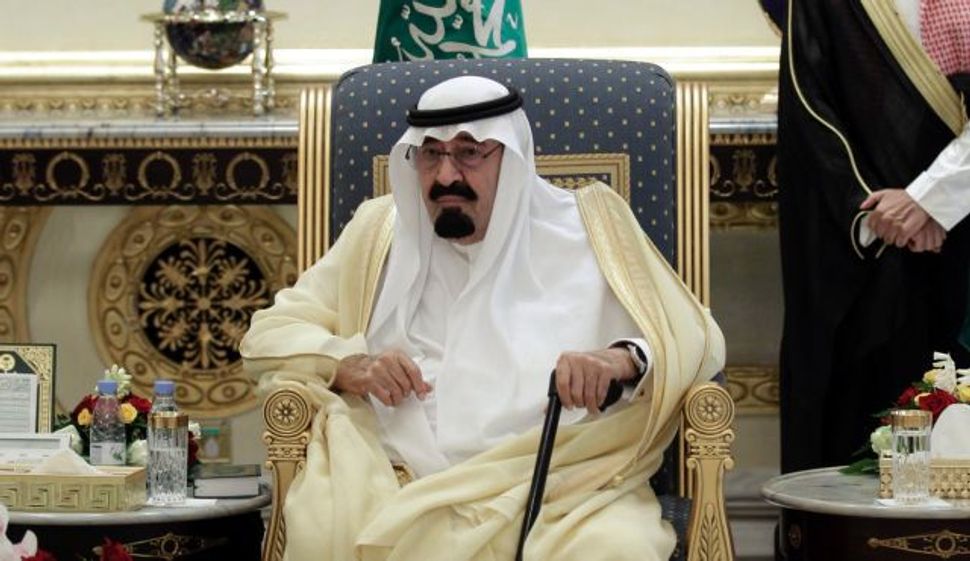 Saudi Arabia’s King Abdullah keeps, “treasures” and sometimes shows off a dagger given by Adolf Hitler himself to a visiting Saudi delegation in 1939.

This tidbit is contained in “The U.S.-Saudi Royal Rumble”, an article by Washington Institute expert Simon Henderson published on Sunday in Foreign Policy on the current tensions between the two countries.

“However, King Abdullah still treasures a dagger given as a gift from the Fuhrer himself, and occasionally shows it off to guests. Visiting U.S. officials are briefed in advance so they can display appropriate diplomatic sang-froid if Abdullah points out the memento,” Henderson writes.

The original report about Abdullah’s dagger comes from a 2004 book by Lebanese-American political science professor As’Ad AbhKhalil, “The Battle for Saudi Arabia.” Writing on the brief flirt between Nazi Germany and Saudi Arabia’s first monarch Ibn Saud, AbhKhalil cites a “private American source” who has visited the Saudi royal palace several times. He says that Abdullah “keeps in his displayed possessions a dagger given to him by Hitler.”

It’s not completely clear from the phrasing of the text whether the dagger was given to Abdullah himself – he was only 15 at the time – or to Ibn Saud; or, more likely, conveyed to Ibn Saudi during the well-documented (and possibly filmed) meeting on June 17, 1939 between Hitler and Ibn Saud’s emissary Khalid al-Hud al-Gargani that took place at the Nazi leader’s famous “Eagles Lair” retreat in Berchtesgaden in Bavaria.