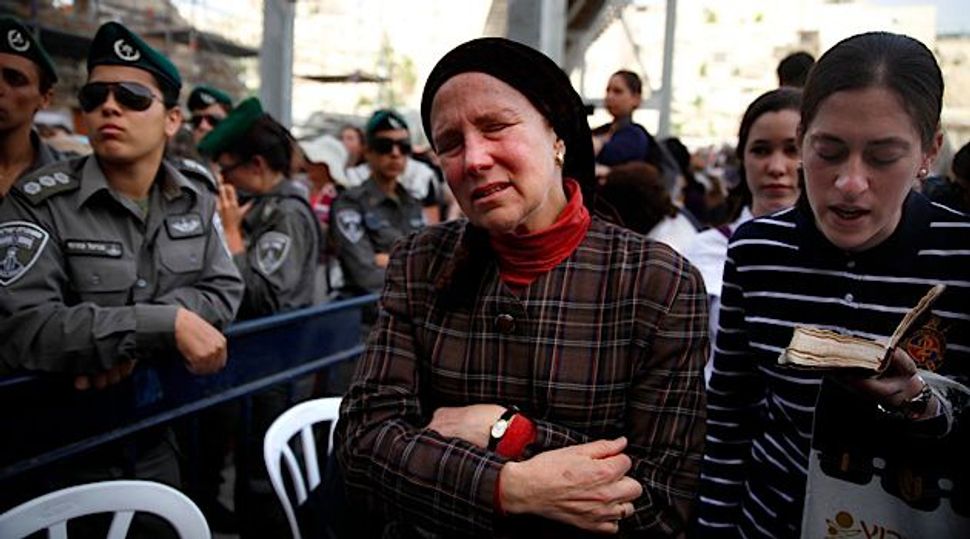 Girls affiliated with the Modern Orthodox Bnei Akiva movement reportedly will join haredi Orthodox girls at the Western Wall for a prayer service against Women of the Wall.

According to the Israeli religious news website Kipa.co.il, Bnei Akiva has instructed its affiliated girls’ schools to send their students to join the haredi girls for their service on Monday as Women of the Wall holds its monthly service at the Western Wall.

Women of the Wall at the service will be marking its 25th anniversary. The group says some 700 women from throughout Israel will be participating.

In recent months, leading haredi rabbis and activists have mobilized thousands of haredi girls to pray at the wall during Women of the Wall’s services, at times effectively blocking the group from reaching the wall.

It would be the first time that Modern Orthodox schools are sending students to participate in the service by the haredi girls.

Women of the Wall spokesperson Shira Pruce told JTA that the move has offended several of her group’s members who are affiliated with Bnei Akiva.

“Many women are outraged that an organization that represents them would oppose Women of the Wall,” Pruce said. “They’re not saying the organization should take a side at all, but it’s offensive to many that they would teach their children to protest a women’s prayer at the Kotel.”