Insults Fly Between Peace Negotiators as Talks End in Acrimony 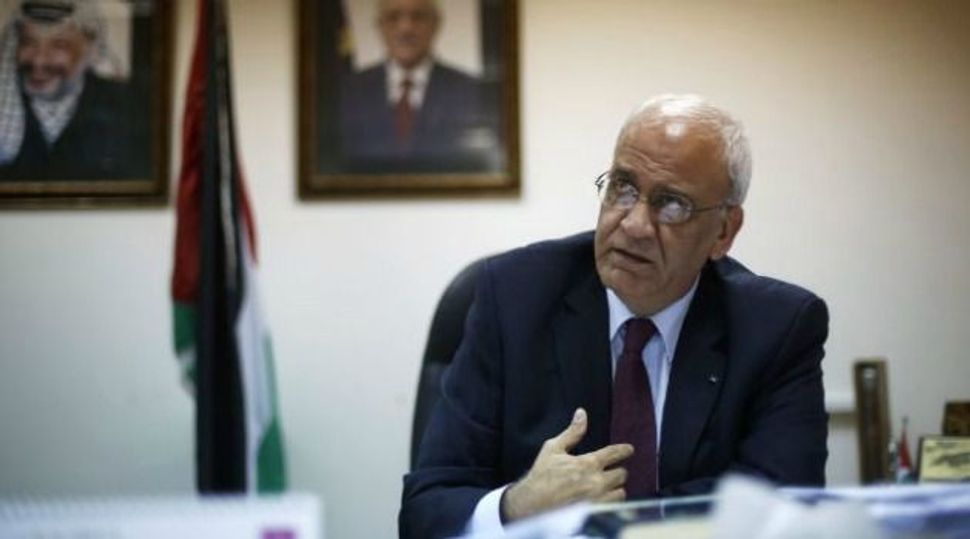 Palestinian officials involved in the peace negotiations with Israel reported that the talks held on Tuesday between the two negotiating teams ended in a row, with raised voices and the exchange of verbal insults.

According to reports from within the negotiation rooms, Palestinian negotiators came to the talks bearing serious concerns over the events of recent days.

Delegates Dr. Saeb Erekat and Dr. Mohammad Shtayyeh criticized Israel’s announcement of settlement expansion, and the connection Israel has made between that construction and the release of Palestinian prisoners.

According to the Palestinians, Israeli attempts to present Palestinians’ complicity or silence in the face of settlement expansion are misleading and completely false.

According to a senior Palestinian official, Palestinian Authority President Mahmoud Abbas means to express his disappointment over the talks when he meets with U.S. Secretary of State John Kerry on Wednesday, seeing as no progress has been made that could serve as the base of an agreement, or any kind of outline.

Insults Fly Between Peace Negotiators as Talks End in Acrimony