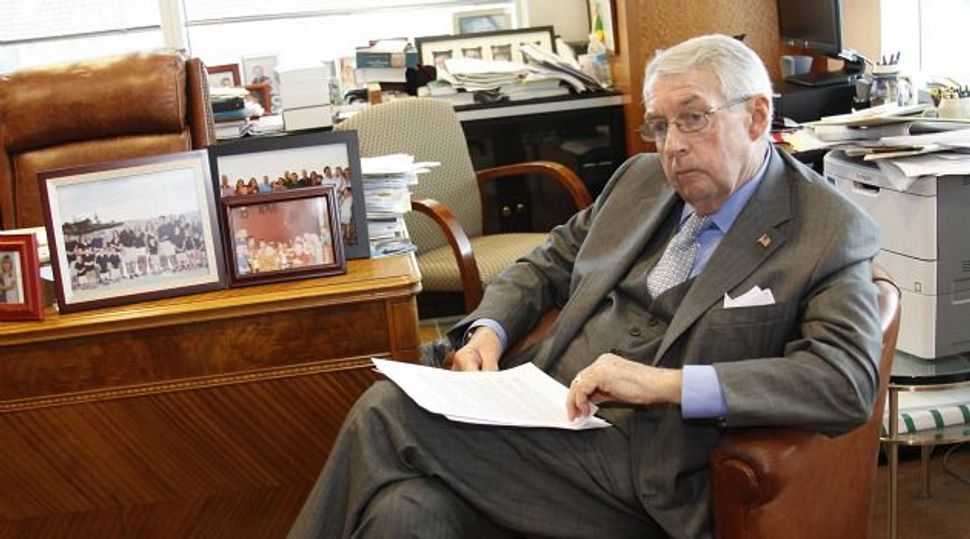 Hynes, who had made his handling of sex abuse in the Orthodox community a key issue, fell to Thompson by 72%-to-28% in the general election.

“I had a great, great run,” Hynes told a gathering after the results were declared. “I’ve had a great public career and I’m sure I can tell you I’m not going to kick up my heels, relax, and read good books. I still have a lot to offer when the dust settles.”

Thompson was the strong favorite to win the post after he knocked off Hynes in the Democratic primary in September. Hynes decided to contest the general election as a Republican, which analysts branded a Hail Mary strategy given the overwhelming Democratic registration advantage in the borough.

Hynes raised hackles in the community with his unprecedented crackdown on Orthodox sex abusers. But he also drew criticism for his questionable policy of refusing to release names and details of the cases, which some advocates charged amounted to protecting abusers.

Thompson sharply criticized Hynes for prosecuting Sam Kellner, an advocate for victims whose child was allegedly abused, for trying to shake down and alleged abuser. However, he later said he was keeping an open mind on the case.