Did Bill De Blasio Win by ‘Meh’ Margin With Jews? 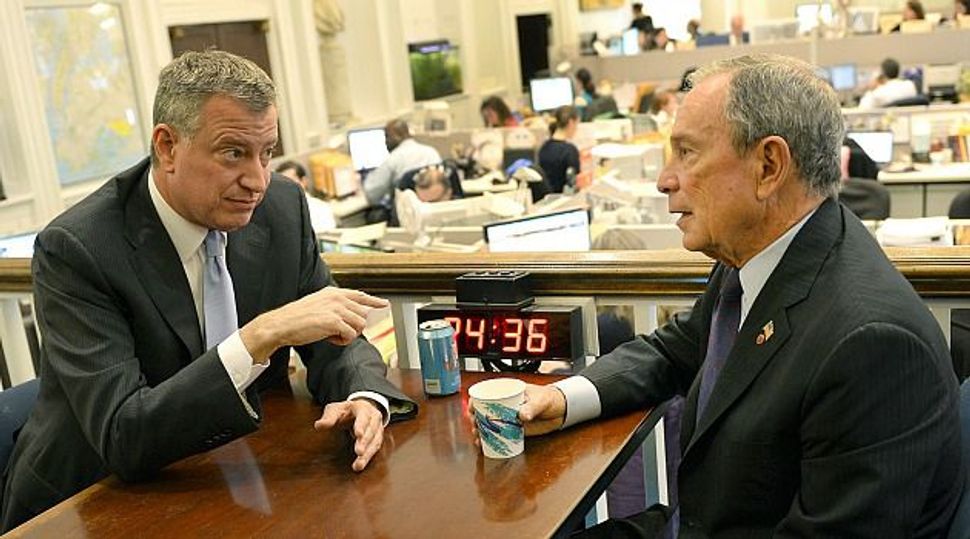 (JTA) — Bill De Blasio was elected New York City’s mayor by a landslide. He appears to have won the Jewish vote, too, but perhaps just barely.

An exit poll suggests that New York Jews, as a group, are no longer the pillar of liberalism that they once were.

Whereas De Blasio took 73 percent of the overall vote, the exit poll found him winning just 51 percent of the Jewish vote to Republican Joe Lhota’s 45 percent. The Jewish proportions roughly approximate the breakdown of the larger white vote (52-43).

One big caveat: The Jewish stats need to be taken with a grain of salt. Only 2,122 voters were surveyed. That gives the exit poll a margin of error of only plus or minus 4 percent overall. But for small subgroups like Jews — who were only 16 percent of the respondents — the potential for sampling error is much greater, as the footnote at the bottom of The New York Times analysis acknowledges.

Did Bill De Blasio Win by ‘Meh’ Margin With Jews?