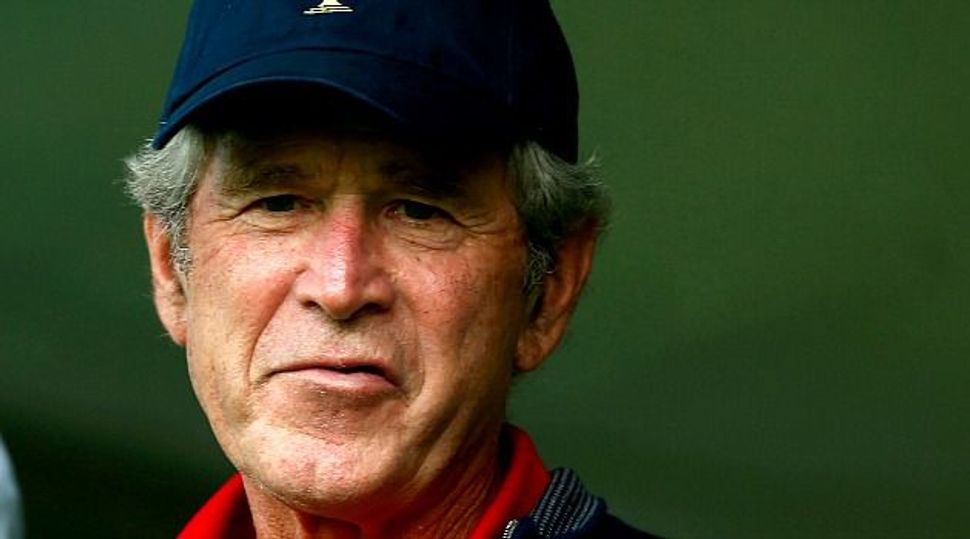 A group that seeks to convert Jews to Christianity removed from its website references to a scheduled fundraiser appearance by George W. Bush, though a Bush spokesman said the former president still plans to attend.

Bush was scheduled to headline a Nov. 14 fundraiser for the Messianic Jewish Bible Institute, with tickets ranging from $250 to $100,000.

The institute’s website says its vision “is to bring Jewish people into a personal relationship of faith with Yeshua the Messiah, knowing their acceptance will eventually mean life from the dead.”

Bush’s presence was scrubbed from the site by Friday morning. On Friday afternoon, Bush spokesman Freddy Ford told Mother Jones — the liberal magazine that first broke the story of the event — that the former president’s plans “haven’t changed” and that he would attend the event.